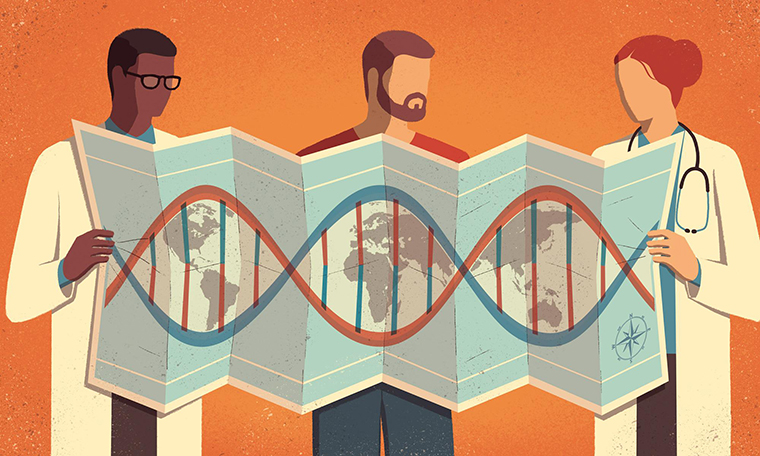 When you look around your classroom, the mall, the gym, or any public place, you’ll notice that everyone is different. However, that may not be the first description that comes to mind, since it is something that we’ve grown up hearing and subconsciously knowing. But everyone being unique may be something that we’ve taken for granted.

Genetic modification of children started in 1997, but it didn’t yet deal with phenotypes, or the physical representation of genes, and it is unknown if all the children survived. However, since scientists mapped out the human genome in 2003, they have unlocked an exponential amount of possibilities. Back in 2009, a doctor started a type of engineering and sex predetermination known as preimplantation genetic diagnosis. Last May, scientists in Oregon showed that DNA editing could be done safely, though the experimental embryos weren’t allowed to mature. However, there were still some red flags raised as to the accuracy of the modification. And this concern appeared consistently in experiments in years to follow.

As a parent, imagine choosing for your child an ideal eye color, hair color, and personality, allowing them to excel in certain subjects and knocking out unfavorable traits. Sounds like every parent’s dream, right?

But just because you can, should you? Are you willing to “play God,” so to speak? Is it even ethical? The answer is no.

If everyone started choosing traits for their children, the world’s competition level would increase even more. Where would it end? All children could be made to be outstandingly smart or incredibly athletic. Would there be separate competitions for those who were genetically wired? Separate tests for great students? Having children the natural way could be frowned upon and viewed as a disadvantage. It terrifies me that we could have a generation of blue-eyed, blonde-haired people because it is “trendy,” just like clothes from Brandy Melville or RVCA are trendy today. That is not the kind of attitude I want this world to have.

Designing your descendents and seeking out perfection is the biggest slippery slope we could go on.”

If parents prefer to have a child of one sex over another, we could face an unequal amount of different genders. This could drastly affect politics and economics. Treatment of different genders and races of people is already unequal, and when you factor in a generation of potentially outstanding humans, the system will only get more complex. People could face isolation, and the world as we know it could change for the worse. If gene modification is expensive, the gap between the upper and lower class will only widen.

Art Caplan, ethicist at University of Pennsylvania, shares some of my concerns. “Designing your descendents and seeking out perfection is the biggest slippery slope we could go on. Are the rich going to be able to do it and the poor not? Are we going to create a sort of subpopulation of the genetically perfect as against everybody else?” With the economic and political levels of conflict that are already going on in our country today, not to mention the world, even more possibly catastrophic divisions are not what we need.

Here’s another question for you to ponder: Is it even ethical to plan your child’s life out before you even see him or her? People are anti-abortion because they believe that the unborn child is a life. This life belongs to a living human, who will eventually develop goals, aspirations, and passions just as you and I did. Parents shouldn’t be able to hold the power to determine what becomes of this life in such an extreme degree. All parents that choose to do this modification are surely keeping the best interests of their child in mind, but what if your son doesn’t want to be the greatest athlete the world has ever seen? What if your daughter doesn’t want to go down in history as the biggest brainiac? And if something goes wrong, would parents still appreciate their child even if they didn’t turn out exactly as they had “ordered?”

Parents will have the ability to decide if their child has the Constitutional right to the Pursuit of Happiness. Because of this, what the child will do is ultimately decided by their parents. I fear that the beautiful melting pot that America prides itself in being will one day disappear. The diversity that is unique to our country could be trampled by the yearn for everyone to be “perfect.” We need to acknowledge our differences instead of trying to get rid of them. While doctors may be trying to help us, there is no doubt in my mind that this will only drive our country farther apart. I won’t be surprised if this issue starts appearing on headlines globally.

In my opinion, the only good thing that this procedure has going for it is the fact that it will have the potential to “erase” harmful diseases. That said, will it really work? Doctors have been seen attempting to do this, but as of right now, there is nothing that can guarantee a healthy baby. Using this power for these ethical reasons would be fine, as long as there is some safety in place to ensure that it doesn’t get out of hand. Only time will tell.

The idea of being able to “build your own child” is something straight out of a science fiction novel. But just because we are able to do something like this doesn’t mean that we should cross ethical boundaries to do it.

Our differences teach us to value beauty and diversity. When you look around, you not only acknowledge everyone’s differences, you accept them. This attitude is something that we cannot afford to lose, even if it means that “perfect” is out of the picture.