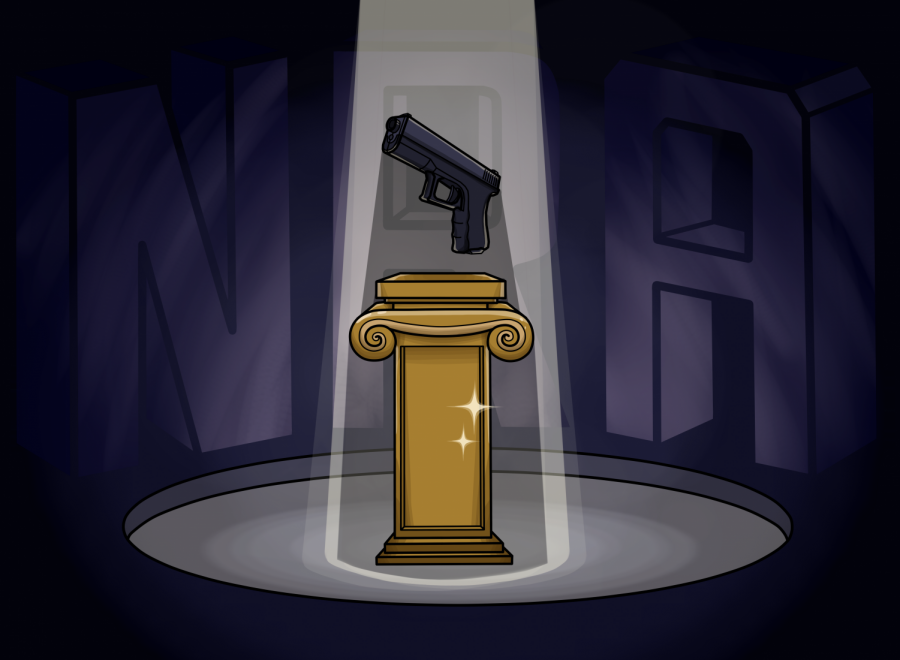 188 school shootings in 18 years. 188 thoughts and prayers. 188 debates filled with partisan bickering. 188 times where no change has happened.

After every single mass shooting, it is only inevitable that politics come into play. Yet gun control advocates clash with staunch second-amendment defenders time after time without any constructive discourse actually taking place. The evidence is clear: Gun control works. But why, then, is there still debate about the correct course of action?

The answer lies in American gun culture — starting with the NRA. Contrary to its modern day version, the National Rifle Association started out as a small group devoted to improving marksmanship skills and, in fact, used to support gun control. When increase in crime and various assassinations of people like Martin Luther King Jr. and John F. Kennedy occured in the ‘60s, Democrats put gun control legislation on the table.

In response, the NRA launched a still-ongoing campaign to protect the interests of gun manufacturers. In the midst of Watergate and the Vietnam War, the NRA fueled the growing mistrust of the government, shifting the idea of the second amendment from militias to the individual. They crafted a tale of “us versus them,” in which many advocates of the second amendment were and still are being convinced that simply giving up an inch of their rights to gun control laws will lead to a complete ban on guns. They have evolved from a small group that once supported gun control laws to a lobbyist front for gun manufacturers that pushes borderline propaganda.

As the gun became integrated into the American identity, its symbol spilled over into the media. By the time a child finishes elementary school, he or she has seen more than 8,000 murders on TV,  plus 100,000 other acts of violence, many of them gun-related. Video games frequently make deals with gun manufacturers that program in their guns to create a more “real-world” experience.

We live in a culture that glorifies the gun as a tool of justice, always being used to magically wave away the “bad guy” while ignoring the reality that the gun is at its core a tool of death. Many cite the cultural significance of the gun in the building of America through its use in the American Revolution. Yet they ignore the fact that the gun was used to build this country in other ways — through the killings of Native Americans and silencing of African Americans.

French philosopher Jean Baudrillard once coined the term semiocapitalism to describe how semiotics, or symbols, operated in a very similar way to the economic market. Much like labor, the use of any symbol, whether it be language, pictures or ideas, loses value as more is produced. For example, swear words used to be rare and carried heavy weight in the 1900s, but now it is rare to walk across campus without hearing the f-word at least twice.

The same thing has happened with the symbol of the gun. We have successfully normalized the violence that the gun brings through its oversaturation in our media, culture, and conversations, such that our gun talk has reached new levels of absurdity.

For example, the Trump administration has reached the point where arming teachers is a rational solution to gun violence, an idea that is completely alien to almost every single country in the world and opposed by experts.

In no other country does this fetishization of the gun occur and in no other country do these shootings happen so frequently. Take Switzerland for example, which ranks third in terms of gun ownership and yet only has one gun murder per 200,000 people annually: magnitudes lower than the U.S. Switzerland also has a prevalent gun culture, but opposed to the American culture that values individualism, self-protection, and violence, Switzerland values collective harmony and national security. America’s gun culture is completely opposed to all forms of gun control, while Switzerland is open to some.

Gun culture is at the heart of gun violence in America right now, and gun control is the first step to tearing it down. Gun control would represent a breaking down of the divisions that the NRA has created and an opening for more change. And we need it now.