Why I Sit During the Pledge of Allegiance 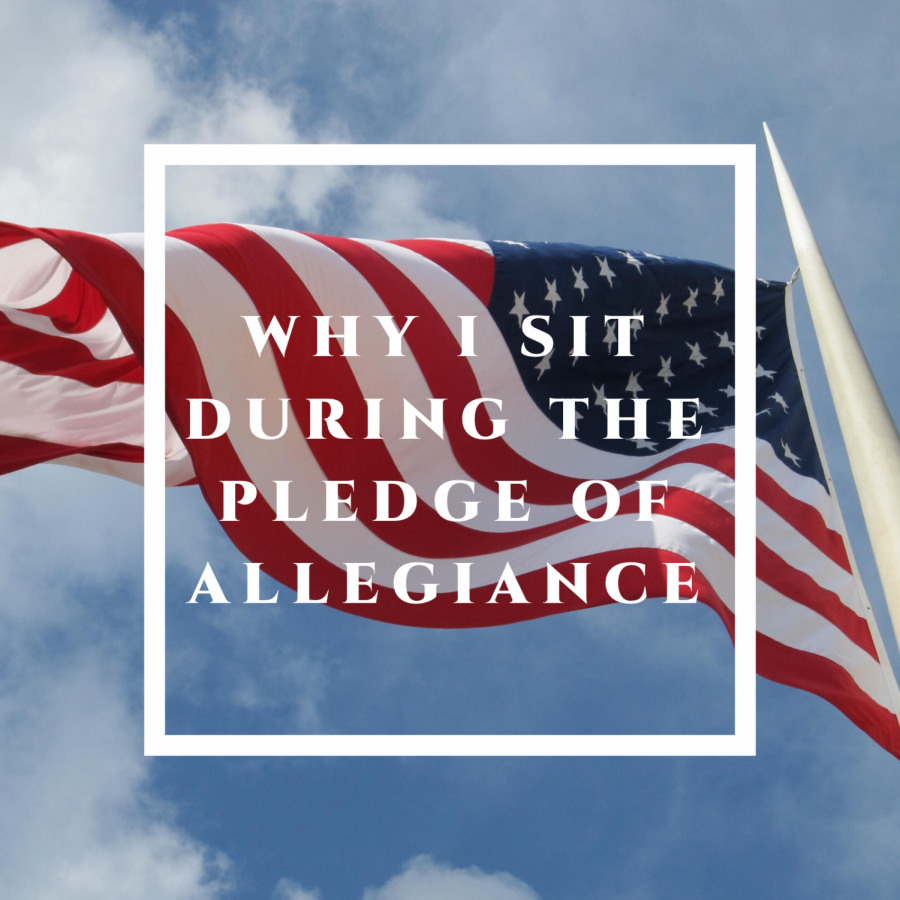 Don’t think I haven’t noticed. I have seen my classmates whispering about me, tapping each other on the shoulder and pointing, saying “She isn’t standing,” as though even mentioning it is taboo. Maybe they believe that the more they show how they are against me, the more they make it apparent that I am the only one in class sitting down, I will finally join them. That I will take a breath and hesitantly stand up, right hand over my heart, ready, begin.

Is that really what they want? Do they want me to stand even if it doesn’t mean anything to me? How would that make them feel any better? I remain seated because I would be lying to myself and the world if I were to stand up and speak the words I was forced to memorize in elementary school.

They say I’m being disrespectful. My teachers come up to me after class and tell me that next time, I need to stand up. I need to show that I am proud to live in this country.

And still, my eyes look down at my desk, my feet firmly planted on the floor beneath my chair, and I pretend to be busy with something else. Because why should I recite those words if they don’t truly mean anything? Each line is a promise, and each one has been broken.

My peers scold me. I can see the way they look at me after class. It’s as though they are trying to pierce me with their gazes. Perhaps if they look at me like that for long enough, it will convince me that what I am doing is wrong. It is disrespectful. It is unheard of.

I had always hoped that my eyes told the story. I hoped that just from seeing the way I stared straight at them when they looked at me, my message would be delivered. I always thought that they would understand. They would surely have to understand that it’s not because I hate my country, right? I don’t hate my country.

Maybe it seems like I hate America. Maybe all of my classmates will pin me as a stubborn liberal who hates anybody that disagrees with her. Maybe my teachers will think of me as a rebellious teenager that wants to have opinions and ideas, no matter what they are. That is simply not the case. All I am is a citizen of the United States who believes that we can do better.

I’m exhausted. I’m tired of repeating the same sentences over and over again every morning when nothing I’m saying is the truth.

“I pledge allegiance to the flag of the United States of America.”

The speaker promises to be loyal to the symbol of our country.

“And to the republic for which it stands, one nation under God.”

The flag stands for our country. A country in which everyone should be able to vote for representatives for government. A country created by God and protected by God.

“Indivisible, with liberty and justice for all.”

America cannot be divided. Every citizen of our country deserves the same rights and freedoms as their neighbors.

How can we say so matter-of-factly that we are united? Justice does not exist for the African American youth that are shot by police officers because it appeared as though they were carrying a weapon. Liberty does not exist for the LGBTQ+ community members who can not safely live in most of America. Where is the liberty for the millions of immigrants being forced to leave America, even though we are all immigrants ourselves? Where is this “liberty and justice for all” that we promise ourselves each and every morning? The history of our country is one filled with genocide, chaos, and inequality, and stating the pledge as though it is the truth is simply absurd.

So how can I be expected to stand during the pledge? Nothing it states is true. I don’t want to prove my loyalty to a country that would turn its back on any struggling member of society if it meant that the rich could get richer.

The American people deserve to be told the truth. We deserve to recite words that have meaning, not just promise to be loyal to a country that is anything but loyal to us.

It is against the law for teachers to force students to stand during the pledge. In 1943, the Supreme Court ruled that “mandatory participation violates the Free Speech rights of students under the First Amendment of the US Constitution. This means students cannot be forced to stand or leave the room, and that they should not be harassed, questioned, disciplined, or pressured in any way for their decision to opt out.” It is my constitutional right of free speech to choose to remain seated.

I will sit until there is something worth standing for.