How a Kitchen Sink Gave Me Purpose 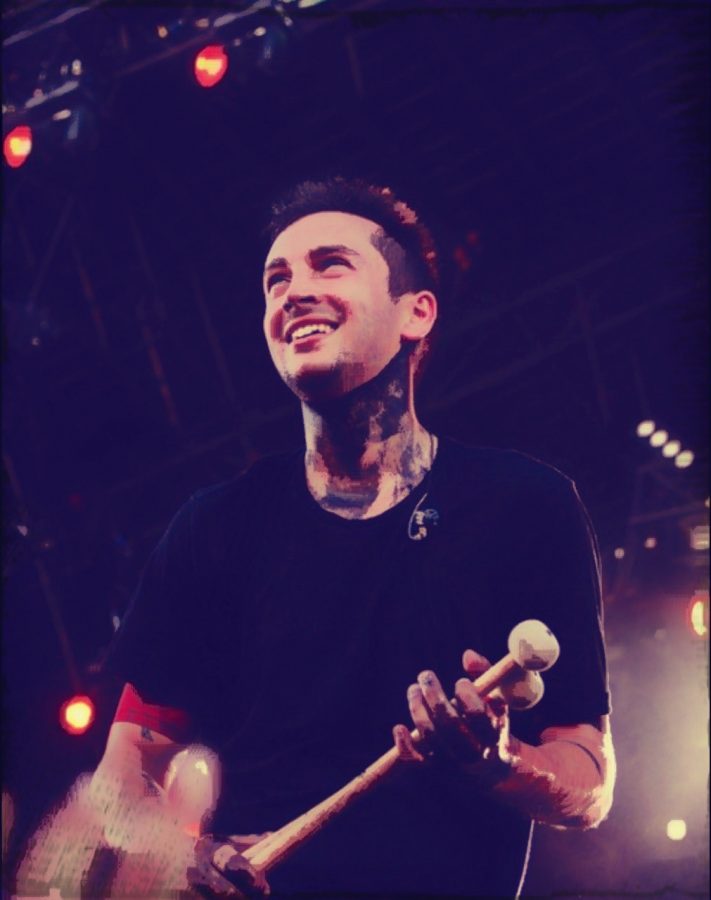 YouTube Autoplay introduced me to a song called “Kitchen Sink.” I laughed at myself thinking about how one could possibly write about a kitchen sink.

Right as I was about to get lost in the opening instrumental, the first lyric hit me: “Nobody thinks what thinks what I think.” That caught me by surprise. Interesting.

“Nobody dreams when they blink/Think things on the brink of blasphemy I’m my own shrink/Think things are after me, my catastrophe/At my kitchen sink.” It took me a moment, but I realized that the song was a telling story.

And as I scroll through the comments, I found a quote from the artist, Tyler Joseph, himself. He says, “I feel like, our generation of people, we struggle with some things. We struggle with a lot of suicide and depression, and … those two issues are really centered around the idea of purpose.”

Depression rates are rising rapidly in teenage populations, and feelings of hopelessness and meaninglessness are inevitable in kids across the board — even in average, healthy kids.

A poll taken in May of 2017 by HealthCorps found that “76% of teens have experienced feelings of overwhelming sadness, and 45% often feel sad for no reason.” The teens were also asked if they agree or disagree with the statement: “At times, I feel like I am worthless.” According to healthcorps.org, “41% of students agree and 14% strongly agree that at times, they feel like they’re worthless.” That 41 percent plus the extra 14 percent accounts for more than one in every two teenagers.

In addition, the results of a research study done by Renee Goodwin Ph.D from Mailman School of Public Health showed that “depression increased significantly among persons in the U.S. from 2005 to 2015 … the rise was most rapid among those ages 12 to 17, increasing from 8.7 percent in 2005 to 12.7 percent in 2015.”

This song really opened my eyes up to the fact that there is a reason why I am here. I never was that religious, and I sometimes thought that “God” never loved me. But that thinking is very surface-level. I had to dig deeper to find inner peace, especially in the exploring ages of life.

The example Joseph gives in the song is the kitchen sink and what it means to him. Obviously, he does not answer the expected questions — Which kitchen sink? What does it mean? — because, if he were to, he would give up the part that is so personal: the part he holds to himself. He would be giving his hope to his audience, and that is risky. Something happened there that gave him the knowledge or experience only he could hold on to.

“We have a lot of questions — big questions — right? And we don’t have the answers to those questions. And that can really discourage us as young kids that are wanting answers to questions,” he says in the interview.

Those big questions and the reach to answer them is what provides an individual with their purpose. If a person finds the answer to something no one else could fathom, that right there sets them aside from everyone else. And providing variation is a significant part of purpose.

“No one else is dealing with your demons/Meaning maybe defeating them/Could be the beginning of your meaning, friend,” says the lyrics of the song. One thing that humans were gifted with was the ability to choose. And, fortunately, that makes no human the same.

Each and every member of the human race has different problems, whether it be a newborn infant or a girl in her twenties. The newborn may have trouble breathing, and the girl in her prime years could have just broken up with her boyfriend.

One thing to note about these situations is that there are thousands of other babies having trouble breathing, yet only some of them had breathing problems at the exact same time, in the same hospital, from the same mother, as the same person. That’s the key to the song. Something that only an individual can explain at a specific moment is what makes them special, and, therefore, gives them purpose.

The second verse, which is the last verse Joseph performs, begins with “Nobody thinks what you think, no one/Empathy might be on the brink of extinction […] And I tried to come up with an artistic way to say/They don’t know you, and neither do I.”