The Problem With Exotic 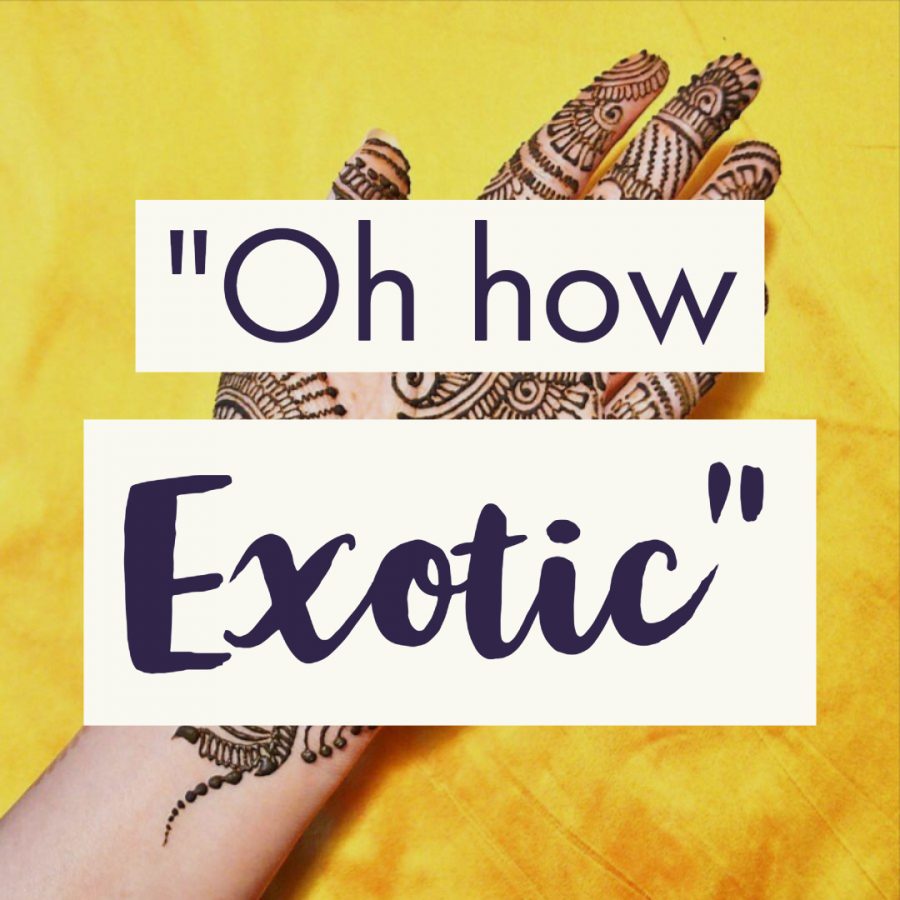 Archaeological-adventure movies always make me laugh. The protagonist (obviously a stereotypical, heroic, macho American dude) travels to a distant land and battles traps, armies and snakes in order to save an ancient relic.

Then there’s a huge plot twist: the British museum owner he was getting the relic for is actually the bad guy (shocker), so now he needs to fight him as well. Eventually, the hero is able to defeat all of the bad guys, and triumphantly goes home accompanied by a random lady assassin (where did she come from?) he met on the way.

I think you can tell that I’m not super fond of this Hollywood genre.

However, what especially amuses me about these films is how they always portray the lands that the characters travel to as mysterious and exotic.

Now, these lands are often countries such as China or India (both the most populated countries in the world, but, you know, let’s ignore that for the movie’s sake). The local population is often portrayed as either a bunch of tour guides who help the protagonist, a snake charmer or an assassin. Nothing in between. The culture of the land is heavily stereotyped and portrayed as almost mystical, as if drawing power from an ancient mythological being.

Now, I know that these are movies, and I know that Hollywood producers aren’t exactly diligent at portraying cultures accurately.

However, this notion of the exotic doesn’t stay confined to the boundaries of the T.V. screen. I remember participating in an ice breaker activity in a class sophomore year; I forget which one.

One of the questions was, “Where are you/your family from?”

“Oh, how exotic!” the teacher exclaimed.

The notion of exotic has always seemed strange to me. From “Indiana Jones” to the latest fad about “chai tea,” I laugh at the funny pronunciations and sheer excitement over things that were everyday parts of my life.

But still, it gets rather irritating at some point. I have grown accustomed to people who looked like me, especially women, in the media to be referred to as, “exotic” or “mysterious”.  As if they were some colorful bird, or precious stone, to be displayed and marveled at.

I can’t help but feel the negative connotations behind this word: exotic. The word evokes very negative feelings: a sense of the mystical, mysterious, and misrepresentation by an era of imperialism and colonialism.

While we are years past the eras of colonialism and imperialism, society hangs onto their tainted legacy by keeping this notion of “exotic” alive. These notions reflect the trends of Orientalism and Chinoiserie that dominated the era of European colonialism.

These trends exaggerated and stereotyped Eastern cultures, creating a fantasy of the “Exotic East” that was reflected through the art and fashion of Europe during this era. People living in Europe yearned for and fascinated over what they regarded as the “exotic” and “Oriental.” Diverse peoples and cultures were boiled down, stereotyped, and simplified to all fit under one word: exotic. They came to be seen as curios, or pieces to decorate the house: an Oriental lamp, perhaps. Or a Turkish rug.

Culture is the collection of thousands of years of knowledge, stories, experiences, laughter, tears and pain of a people. It is something that should never be forced into a one-dimensional plane and disregarded just because it is different. Cultures are not curios to decorate a side table. People are not oddities to marvel and leer at, like a caged bird.

The world is becoming more globalized by the minute. From the Silk Road, to the age of industrialization, to the modern communications we have today, historical trends show a world that is becoming more integrated and connected.

Now, more than ever, we as a society recognize the importance of respecting and celebrating different cultures.