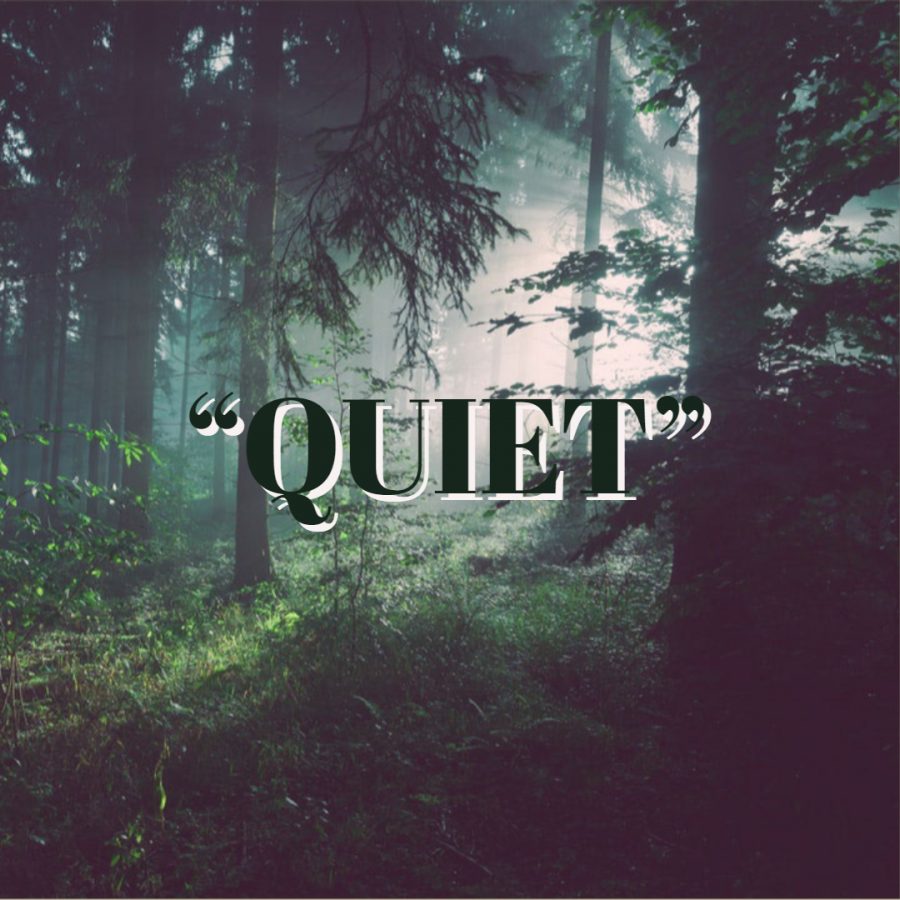 I feel like a lot of people know me as the quiet kid, that kid in an odd space in the class who doesn’t talk much. I have always been an introverted person, preferring listening over speaking. I never really regarded my introvertedness as an obstacle, rather, it was a unique and integral part of who I am.

Being a quiet person, you tend to see the world differently, and you notice the different ways people interact with you because of your silence.

So behold ten things I’ve learned, observed and noticed being the quiet person:

People are intimidated by the silence.

Do not worry. I don’t bite.

People are surprised when they realize you have a voice.

I have so many funny stories about this, but I want to mention my two favorites.

The first is from freshman year, in Journalism.

I was in the core with the rest of the Opinions people, and we were going to record a podcast.

The mic almost fell off the table, and my hand shot out to catch it.

A small, “No!” escaped from my mouth.

Everyone gave me such a weird look.

“You talked!” they exclaimed. “I think that was the loudest I’ve ever heard you.”

The second is from sophomore year, in Speech and Debate.

I was practicing a speech of mine — one in which I danced and sang.

I was belting out the song as loud as I could, and a boy who was in one of my other classes was suddenly startled.

Sometimes, you wish you could change into an extroverted person.

I mean, I don’t really mind being the quiet one, but sometimes it is hard to get involved in conversations with other people. Sometimes, it is rather awkward if you’re not sitting with the rest of the circle.

As a quiet person, you feel awkward trying to jump into a fast-moving conversation between the group. When do you start talking? What will everyone think? It’s hard to break from the shell of silence, but being sidelined is not exactly fun either.

You dread small talk, but genuinely appreciate and enjoy conversations.

Getting past the small talk stage is at times difficult, but a rich conversation about an interesting topic is the best.

You’re the quietest person in the room, but surely the one with the busiest, loudest brain.

Your silence doesn’t nearly equal the noisiness inside your brain.

My head is a constant buzz of a million thoughts going on at once. It’s probably why I easily forget things. My mind rarely can stay stuck on a single thing. Sometimes, I like to imagine my head like a chaotic filing room. Some of the filing cabinets are knocked over, some are perfectly intact, and the room is full of files and papers flying around at breakneck speeds.

If only that file about remembering my homework didn’t somehow end up in random pile of daydreams.

Sometimes, you wish your brain could be quiet.

I wish my mind wasn’t so chaotic all the time. Then I wouldn’t forget important things. I wouldn’t get lost in the clouds so easily. And, I would be able to go to sleep easier.

Brain, listen. Midnight, when the street is quiet and dark, and everyone in the house is asleep, is not a good time to imagine aliens roaming around the house.

You wish that your silence wasn’t awkward at times.

There are always those few people who make your silence awkward at times. They may fiddle with their sleeves, or dart their eyes around, as if they are uncomfortable. They make you feel obliged to talk. And I understand. Silence can be uncomfortable for some. But I personally would much rather appreciate the silence, rather than filling it with tedious small talk.

You were the “weird kid” growing up – the one who brought books to parties and hung out with adults.

This one time, an adult threatened to throw away my books if I ever brought them to a party again. Of course, he was only joking, but I never brought a book to a party ever again. They were too precious.

You prefer to listen and observe, and only speak if it’s something you want to genuinely talk about.

I really hope people don’t think that I’m aloof or self-centered if I don’t talk often. Sometimes, I genuinely enjoy listening to the conversation. I like listening to what people have to say, and observing what other people think or how they act.

But when you have something to say, people better watch out.

Just because you are the quiet one doesn’t mean you don’t have big things to say.

Your silence in no way reflects the ideas and thoughts filling your mind. Your head is bursting with thoughts, ready to bubble over and fill the world with your voice. You have opinions needing to be shared and ideas needing to be voiced, all kept in your little realm of quiet.

And when it is your time to share, you’re for sure not the quiet one anymore.