How Hallmark movies are a cinematic dystopia

All is not merry and bright. 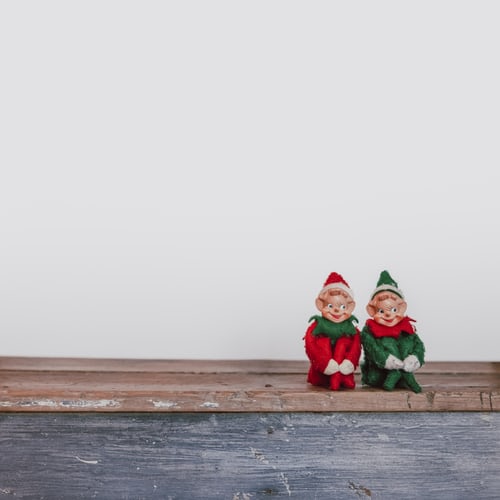 My mother and I share many things in common. In addition to our love of seafood and our terrible eyesight, we both love making fun of badly-made films.

You can probably imagine how we’ve watched oodles of Hallmark Christmas movies over the years and mocked the awkward dialogue and identical appearances of the small-time stars.

However, it’s only recently that I began seeing the movies not only as laughable, but as genuinely problematic.

Holiday seasons every year are riddled by wry capitalists, ironically preying on universal nostalgia for a simpler time. Every year, executives in desolate city offices slap themselves in the face with a wad of cash, churning out movie after movie about how Christmas and romance are always better in the small town where you grew up.

The champion of the holiday rom-com, Hallmark Channel, sits on a throne above all other production studios. Why? During the holiday season, people not only want a good film, they want to surround themselves in cinematic cheer and holiday bells. And Hallmark, valuing quantity over quality, produces as many as 40 Christmas-themed films alone each year, according to Southern Living magazine.

It is clear that, when people come home tired of the world, they will choose not a poignant piece of cinematic realism, but a film that reaffirms what they want to hear: the world is beautiful and the only valid way to fall in love is being caught in a handsome stranger’s arms on your way to a Christmas tree lot.

The movies’ painfully awkward dialogue and recycled plots don’t faze most watchers: in fact, they reinforce routine in the form of tradition.

“I always watch them with my grandma,” shared West Ranch junior Skylar Higgins.

However, the acidic truth still rings true: Though Hallmark films provide a form of escapism for those dejected by the world of capitalism and racism, their very existence feeds into both of these institutions.

To create an alternate world, a red-and-green, snow-covered reality where the only thing that matters is mutual attraction disguised as love, is a shrewd trick by Hallmark producers. It rings almost dystopian, calling to mind “Ready Player One” or “The Giver,” in which an alternate world is created to distract from the problems of the real world, but the created utopia ends up having problems of its own.

The racism in Hallmark movies is sadly obvious. Almost always, the two leads are Caucasian, with only maybe a black best friend who has little agency as a character except to support and advise their troubled white friend. Only recently has Hallmark started casting people of color in their movies, but only sparsely.

For example, Alexa and Carlos PenaVega, a married Hispanic couple, starred in Hallmark’s 2017 movie “Destination Wedding.” Rarely does a black or Asian couple make an appearance, and mixed-race duos are unheard of.

In 2017, William Abbott, the CEO of Hallmark’s parent company, spoke to IBTimes regarding diversity. “‘This is one of our major initiatives and major focuses. I don’t want to put a number to it, but we are always looking to make the world a better place and this is a key part of it. It’s top of mind and we’re certainly focused on it,’” he shared.

However, two years later, only two movies feature people of color as leads: “A Christmas Duet” and “Holiday Heart,” which both star African-Americans as the leading lady and man. While Abbott’s statement made it sound like Hallmark movies were going to become more inclusive, it’s easy to look at the nanoscopic amount of diversity featured in this year’s film lineup and attribute his statement to empty talk.

The racism still abounds. There is no progress.

In fact, according to Global Media, Lesley Horat, an actress of African descent, “was told to sit [a scene] out” while working as an extra for a Hallmark film. The reason for doing so was not Horat’s failure to cooperate, but her skin color: she was apparently too dark-skinned to be paired with her partner, a fair-skinned male.

“‘It’s just common knowledge that Hallmark expects people of the same ethnicities to be coupled,” one insider told Global Media. “We all are scared to rock the boat on this issue because there are so many productions that are happening.”

The blatant and unapologetic racism displayed by Hallmark producers and executives is disturbing. However, using consistently white actors does more than annoy: it reinforces expectations of a “white America” — expectations fueled by years of segregation laws and hate crimes.

Hallmark’s capitalist campaigns disguised as messages of goodwill and peace would be cause enough for social unrest, but their unabashed racist overtones are more than disparaging. To pair a seemingly pure form of escapism with the erasure of entire groups of people perniciously reinforces these racial biases.

Personally, I’m an avid fan of Christmas, cheesy romantic comedies and everything in between. But as a person of color, it hurts to see myself not represented on screen. I’m also doubly appalled that this exclusion is made from a hateful, deliberate choice; not out of ignorance.

How can Hallmark solve this problem? I hope that Hallmark executives see this story, and I hope they reconsider their decisions to cast based on race, not ability. I hope they see how much hurt and frustration they have caused people around the globe, from shunned movie extras to former avid watchers.

I’m not going to go home and cry. If anything, I find it ironic how something borne out of a holiday about kindness can be so hateful and ignorant. Personally, I feel that the joy associated with Christmas is accessible to everybody, regardless of race and other factors, and should be portrayed as such.