We need to cancel “cancel culture” 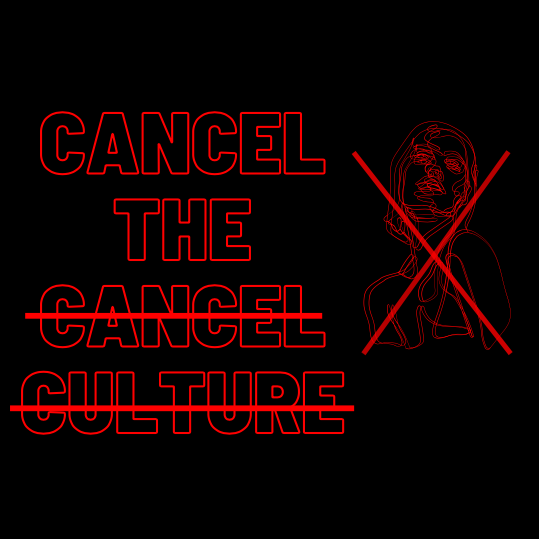 According to Merriam-Webster, the term “cancel” means “…to stop giving support to [a] person. The act of canceling could entail boycotting an actor’s movies or no longer reading or promoting a writer’s works. The reason for cancellation can vary, but it usually is due to the person in question having expressed an objectionable opinion, or having conducted themselves in a way that is unacceptable.”

Cancel culture is just another term for group shaming. It promotes a mob mentality under the guise of justice without understanding the possible repercussions. Everyone and anyone seems to ‘cancel,’  but the phenomenon has been occurring even more frequently during quarantine. Cancellation trends for five different people in one day, with a hashtag of someone’s name followed by “isoverparty” rapidly rising in Twitter searches.

The action takes place anywhere, from large social media platforms like YouTube and TikTok to obscure personal blogs owned by suburban housewives. It is instigated by incidents ranging from Bill Cosby’s sex crime trials to an offensive term used by a teenager in their Twitter post.

Individuals are crucified online for the most minor of offenses, and torn down by thousands of random people on the Internet.

“With the explosion of social media and the current issues regarding social justice, we now see those who are calling out others as a way to take accountability for the wrongs that they have committed in the past. This is met with even more backlash and further destruction of this person’s reputation and livelihood, with no chance for them to rethink their ideas and fix the problems that they have caused,” explains Mukul Mohanty, a West Ranch senior.

There is a fine line between deliberate violation of law/moral codes and a mistake made due to insufficient education. One must keep in mind the severity of the problem and the identity of the problematic individual. A child is not capable of the same level of thought as a businessman with several degrees. Severe physical assault should not be held on the same level as an expression of personal opinion.

Mohanty elaborates, “In 2020 especially, with coronavirus raging and quarantines required, there is no need for face-to-face interaction which gives confidence and no repercussions for anyone who wishes to try and bash another, cancelling them.”

According to PR Newswire, the stress of the pandemic is negatively affecting the mental health of 75% of the U.S. population. Combined with the increased time available to spend on the internet, a part of the country actively seeks out problematic moments of prominent figures to bring them down. The issue may not be a personal offense, and may not even be relevant in the present, but these moments are dug up for the sake of dragging someone’s name through the mud and causing media uproar.

This is also not to say cancel culture is totally unjustified. It makes sense that problematic figures lose support due to their toxic views and that people are called out for doing bad things, but people need to take a step back and think of their own lives as well. Did they never make mistakes or say harmful things? Everyone deserves to know what they did wrong and learn to be better.

This persecution of individuals is not a trend. People are being robbed of their entire careers, hard work and achievements for lines they said decades ago.

“I do get a sense now, among some young people- and this is accelerated by social media- there is this sense sometimes of, the way of me making change is to be as judgemental as possible about other people. And that’s enough,” former President Barack Obama explained at the Obama Foundation Summit in Chicago on Oct. 29, 2019. “Like, if I tweet or hashtag about how you didn’t do something right, or used the wrong verb, then I can sit back and feel pretty good about myself…That’s not activism.”

People are not offered a second chance or room for development as a person if they are constantly being suffocated within multitudes of toxic, scathing remarks about every facet of their identity, used in ad hominem arguments by overzealous commenters in their quest for justice.

The “justice” these mobs seek more often than not tends to be for self-gratification, instead of purely protecting and ensuring that the disenfranchised stay safe from further attacks in the future.

There are times when the victim of cancelling is in the wrong. Rather than jumping to conclusions, however, netizens need to give victims the benefit of the doubt and offer constructive criticism or withdraw their support, as opposed to hurling insults at them. That only serves to promote an endless cycle of false superiority, verbal abuse and emotional trauma.

Such an onslaught of negative thoughts from even anonymous people on the internet can drive people to the edge, as seen in the case of David Shor and Majdi Wadi, according to Business Insider. There are serious consequences of cancelling, including depriving the victim of their livelihoods.

David Shor, previously a data analyst at Civis Analytics, tweeted a summary of a Princeton professor’s research on the negative effects of violent riots on elections as a job assignment. He was met with much backlash, as reported by The Atlantic. The post’s unfortunate timing immediately after the early George Floyd protests led many to accuse Shor of concern trolling during Black Lives Matter and resulted in him being fired from his workplace. It is important to note that Omar Wasow, the author of Shor’s cited research, is black, and the executives that decided on Shor’s removal from the company are predominantly white.

Palestinian immigrant Majdi Wadi began his American dream by founding and running a successful catering business in Minneapolis. Wadi revitalized a local food district of the city and earned much praise from schools and churches for his philanthropic work in the area.

His company, Holy Land, is in a risky state after an activist found his daughter’s past history of incredibly racist posts on social media. He fired her from his company, but the companies he worked with all terminated their contracts and his position in the community is suffering. One man’s entire life was ruined because of the mistakes of his now-grown child.

America needs to realize that its constant attempts to find and punish injustice with the direct hands of their people does just as much harm as it means good. Those hands are just waiting for a passing remark or past mistake to bring to light and tear apart another in the hopes of seeming more morally upright or superior to others.

Yes, fight to protect people from racial injustice and spread more positivity, but that doesn’t happen by beating the unjust into submission and giving back retribution in a greater magnitude.

Hold people accountable for past and repeated transgressions. Educate them on what they did that was wrong or could come across as offensive to others. I’d like to believe that people can change, but they cannot change if people don’t give them room to.