How Stranger Things season four filming has changed during the pandemic 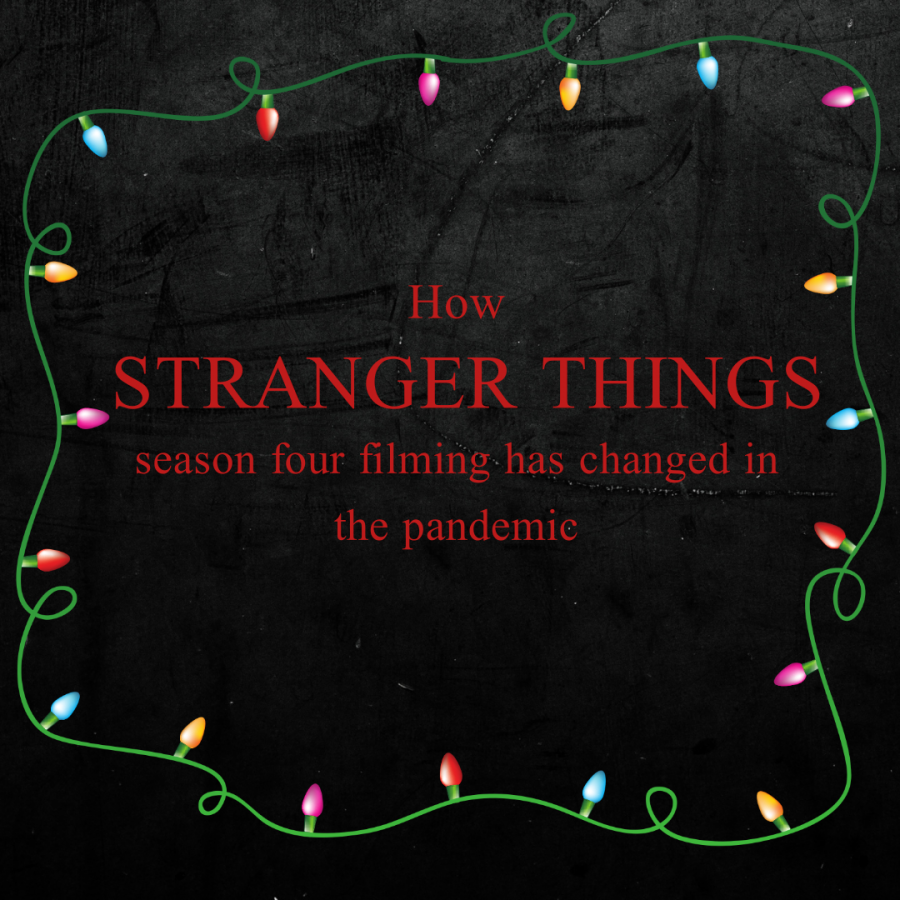 As Netflix begins to produce season four of “Stranger Things”, fans and viewers of the show have wondered what it might contain. Released photos of the new sets, actors and outfits have fans curious of how the show is made and filmed during the pandemic.

“I’m really excited for the new season. At the end of the last season I remember they showed a post credit scene that showed another demogorgon in Russia so I think the next season will have something to do with that,” junior at West Ranch, Emma Sanchez, infers. The new season calls for new characters and plots as well as the return of a beloved father figure, Chief Hopper, played by David Harbour.

Harbour’s character was supposedly “killed off” at the end of season three, causing an uproar in viewers who believed his character potential was not yet reached. Netflix then announced the return of this fan-favorite show, and watchers can only assume that he has a role in season four.

“I think and hope the new season will be all about getting Hopper back since we saw him in the trailer for season four,” Ava Hernandez, a sophomore, tells The Paw Print.

This revival is a bold move by Netflix, but it provides a new plotline to explore. Sanchez also explains that this has been a good choice: “I feel like people kind of expected it to happen and if he didn’t come back, they would be disappointed.”

The production team has really come together with determination to have this season release in 2021. The pandemic did not stop this show’s production team from moving on and beginning to film late in September. This may, however, cause some future problems regarding COVID-19.

“If one of the main characters has to self quarantine for their own health or if they have underlying health conditions that could pose a problem as they have a major part in the story,” Hernandez explains. “If they also have scenes with other people it will most likely be impossible to film without them.”

The possibility of the actors getting COVID-19 makes some people uneasy. As much as fans would like to see a new season, is it ideal to film in the midst of a pandemic?

“The actors usually need to come into contact with one another which could pose health threats,” Hernandez says, with slight concern for the actors, “but as long as all the set members get tested and are sure they are negative and keep the set as clean as possible then I’d say it would be okay to film.”

There are possible issues that can arise while filming but as seen through many behind the scenes photos, masks are being worn and precautions are taken. Although they are not the ideal conditions to film, they are making the most of the time they have to bring new content to viewers.

“I hope that the quality of the show doesn’t get worse because they had to put precautions in place,” Sanchez expresses and hopes for the well-being of the actors.

Worry isn’t the chief consequence the pandemic has brought upon the production team: it has mainly brought them strength. The writers of Stranger Things stated in multiple interviews that the pandemic  has given them time to write a better quality script. They believe that because of the time spent at home the script may be improved from previous seasons.

All in all, although this new season has been made a little different, it is staying on Netflix— unlike some other shows cancelled during quarantine.

The pandemic may be shaking everyone’s lives, but the Stranger Things production team proves that with perseverance and caution, it is possible to push through.