How should we be talking about our bodies? 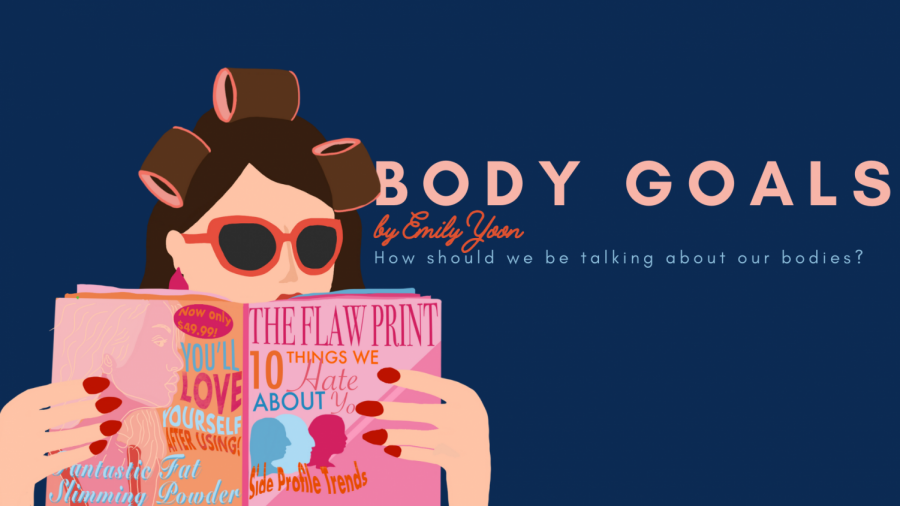 I’ve been struggling to write this editorial for weeks. Ideas appear to me in a variety of elusive forms: sometimes a critique on diet and fitness culture, other days an analysis on how capitalism affects the ways we view our bodies. There are so many facets to this issue we all face: a cruel irony when desires to conform to society’s beauty standards lead to envy and resentment.

Exercise companies obsess over the “Before-and-After” instead of a lifestyle of healthy habits. Media outlets relentlessly pick apart celebrities, dissecting their photos in vapid articles that constitute a change in weight as “good” or “bad.”

Why is it so difficult for people to maintain a sense of respect, or at the very least, neutrality, towards the appearances of others?

I believe body positivity, or at the very least, body neutrality, still needs to be something we strive for. Eating disorders occur in 9 percent of the population (ANAD.org), and according to nationaleatingdisorders.org, over one-half of girls and a third of boys admit to using unhealthy weight loss tactics, such as laxatives and skipping meals.

Americans only add fuel to the fire by obsessing over weight, prompting waves of vicious fatphobia that manifest themselves at every turn: fat has become synonymous with unhealthy and gluttonous, despite the fact that “[u]sing a government health survey, researchers found that nearly half of overweight U.S. adults were “metabolically healthy” according to WebMD.

The entire quest for outer beauty reeks of a rat race. Beauty standards and the companies perpetuating them always cater to something people either don’t naturally possess or can die trying to. Whether it’s the “Insta baddie” slim-thick figure of the past few years with its full hips and tiny waist, the athletic, aerobicized Valkyrie of the 80s, or today’s classic, tall and thin “runway model” body, it’s the unattainability and changing nature of beauty standards that keeps them in place.

But what about self-love? Isn’t insecurity the product of a negative mindset, something that can be “loved away” by accepting that your body is perfect just the way it is?

In short, yes and no. Of course a positive mindset towards one’s looks is ideal. But to claim that the reason people do not “love themselves” is a fault of their own psyche, is frankly insidious in its own right.

Beauty standards exist because people’s insecurities towards their bodies are seen as commodities. The companies who profit off removing stomach fat or giving someone an upturned nose are the very entities pushing these standards in the first place.

To claim otherwise would be to set an unattainable standard unto itself: a prize of total self-love exists if only you learn to block all negative thoughts. The self-love movement doesn’t account for the fact that beauty standards seep into our consciousness through a constant stream of media, through the comments and thoughts of those around us, amplified by social networking sites.

In fact, self-love has been commodified in and of itself, used to sell exercise machines, perfumes, stationery, and television specials marketed to today’s millennial and GenZ women. “Self-love” now translates to self-indulgent: prioritizing market over mindset; and equating the temporary rush of dopamine associated with a purchase to actual self-devotion.

It’s scary, and rather dystopian, that the corporations setting the body standards are also offering pseudo-remedies to low-self-esteem. And commodifying things you can’t put a price on, as we’ve seen with global warming and the sky-high rates of eating disorders stemming from an unattainable “body goal,” brings about nothing but destruction.

How then, should we alter our attitude towards body positivity?

Not only should we find community in the fact that bodily self-esteem issues are universal, we should actively support media that positively portrays diverse body types, oppose legislation that actively targets overweight people, and push against weight-based bigotry in our own communities. We need to campaign for better mental awareness and accessible treatment for those with eating disorders. We need to reform our society to show support, respect, and love to people, regardless of appearance.

It is our civic duty to work to make our earth a safer place for all bodies. Liberating all people from the confines of beauty standards should be as much an activist movement as an introspective journey.

The concept of self-love, while crucial to one’s mental well-being, does not nearly suffice as the preeminent form of bodily acceptance. While this world may never be a truly welcoming place for people of all body types, our “body goal” should be to make it so.