Racism in SCV: Alive and Thriving 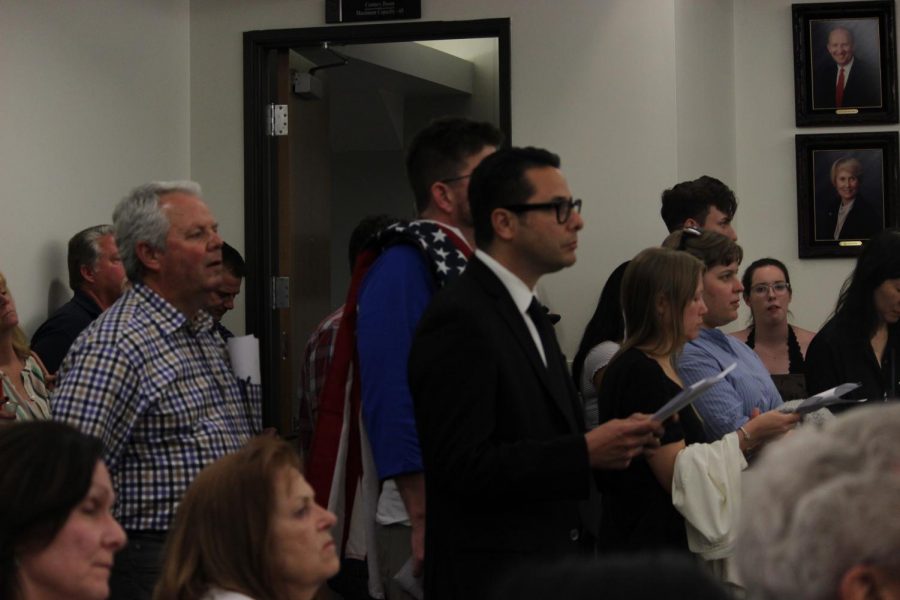 I have lived in this town for almost all 17 years of my plush life. As a child, you grow used to the whitewashed community in which you survive and learn to call it home. You bring your neighbors cookies and press your ear to the door while your parents talk about the news and all its distant terror — far from our saintly Santa Clarita Valley.

In middle school, we spent time learning about tyrant dictators and cruel slave owners. We labeled these men as our founding fathers, our righteous rulers who forged our path to freedom with all its splendor. I was tested on the names of every white man in history from Abe Lincoln to Andrew Jackson. As a child, there are things you look past or forget to look at all together.

I was 15 during the 2016 election. At this point, I had grown to like politics, and I prided myself on my small but knowledgeable library of political information. My mom would consistently remind of how happy she was, how lucky we were to watch women like Hillary Clinton make it. I agreed. This woman, made of bones and pearls just like me, had made it past a sexist nation and plowed a path to the top.

But as I watched my city spill into a sea of blood red, wearing hats with cruel words and crusading thoughts, I realized this home — this hell — was one built on anger and bigotry. I listened to the boys at my high school hurl insults at me for being the girl who liked Clinton. How dare a woman have such views. How dare a woman have views at all.

I knew it was bad. I knew there was definite racism running through our local movie theater and mall. But, after attending the city council meeting on May 8, I was exposed to just how rampant the racism in Santa Clarita was.

This meeting was heavily populated as it was going to discuss Senate Bill 54, an act that, as writer Madison Lyznick defines it, “will prohibit state and local law from acting on any pre-existing immigration laws, and put new laws into place for joint task forces between state and local lawmakers and enforcers, as well as require more specific documentation of actions taken by public works.”

I watched people shuffle to the podium, each one claiming that they felt unsafe. Many cited previous years in which Santa Clarita was labeled the fourth safest city in the nation, and because of undocumented immigrants, fear had raised in their homes and communities. To that I say, Becky, I guarantee you that your son is somewhere in a public park, vaping with his friends and causing more trouble than any of the hardworking migrants who desire a better life for themselves and their families. Though it is true that illegal immigrants can participate in crimes, so can white people. In a study looking at mass shootings from 1982 to February of 2018, research found that out of the 97 shootings, 56 of them were committed by a white person.

The racism does not come from recognizing that there is crime in our city; it comes from placing the entirety of the blame on immigrants or people of color.

It is fun to stand up for the American people when a non-white person does harm to them, right? But what about the Americans who were murdered by white shooters? What about the 223 Americans who have died in school shooting since Columbine? Suddenly, it is not fair to ban killing machines just because of one incident. Suddenly, Americans come second, right behind the bigotry that shields the trigger of your AR-15. People have a detrimental tendency to defended one logic when it criminalizes people of color, but completely disregard the same logic when it applies to white people.

This is the kind of blatant hypocrisy that resides in our pretty residential community.

This mindset is not unique to this boy. He is one of thousands in this city who condemn people of color for walking or speaking or standing up, but would not do so if a white man did the same. America has thrived under its promise to accept and promote diversity among its people and foster a country that serves as a melting pot of different colors and cultures. It is impossible to adhere to this idea while still holding tight to racist mindsets and toxic prejudices. Calling for a ban on all immigrants due to the acts of one is not saying “America first,” it is emphasizing Santa Clarita’s promise of “white people first.”

Our city sent a clear message of its acceptance of racism by electing Bob Keller to city council multiple times. Although many have chosen to forget, let me remind you that Keller labeled himself as a “proud racist” in 2010. But, in typical Santa Clarita Valley fashion, we chose to look past his “flaws” and foster a city that forged his name into the stamp of our society.

The city council is a body meant to represent the people of an area. In this case, Bob Keller is a perfect fit for our community. His proud racism and dismissive attitude embody the essence of our city. The plethora of people that praise him makes it even more accurate.

Racism is not only making derogatory comments or using racial slurs. Racism is putting people in positions of power knowing their mindset. It is allowing men and women to openly display discrimination against people of color. Bob Keller does not just display his racist tendencies; he labels himself as a racist.

You are who you support. You are the policies, personalities and words of those you have given the power to speak thoughts into reality. The people of Santa Clarita have allowed this racism to ferment and flourish through its powerful, prejudicial representatives.

The council meeting on May 8 was a gathering to discuss SB-54, an act that allows areas to work as sanctuary cities in which the police do not have to ask for the citizenship of an arrested person. Many people opposing this act brought up the idea that immigrants should come to America legally, which is an acceptable point. Legal immigration is a viable choice in comparison to illegal immigration, but it is not that simple.

Foreigners often have to wait enormous amounts of time to even be considered for the chance to venture into our country legally, therefore it is more important to focus on making legal immigration more efficient rather than just reprimanding those who cannot wait around for a poorly run system. But, many of the non-SB-54 advocates were adorned with Trump hats and merchandise. The irony of this is the fact that they stress the importance of immigrants entering our nation legally, but support a president who made that all the more difficult.

President Trump made enormous efforts to repeal DACA, an immigration policy that aids young immigrants in obtaining work permits and deferred action. This act supported immigrants in becoming members of the United States “the right way.”

Once again, this blatant hypocrisy furthers the evident idea that these people are racist. You cannot wish for immigrants to come in legally but take away every opportunity to do so. Legal immigration is not an easy process. It is not a trip through TSA or a casual stroll across the border. There are hard working humans who have to wait 15 years just for a chance at a better life.

To suggest that undocumented immigrants should come in to this country legally but then refuse them solutions that allow them to do so is not an effort to help them, rather a ridiculous hypocrisy.  It is creating a blatant barrier between Santa Clarita and people of color. This is not about wanting what is best for all people; it is about wanting what is best for white people and their “safety.”

If people really wanted to help undocumented immigrants come into this country, they would devise solutions for them to do so. It is evident that the opposition merely desires to make life increasingly difficult for foreigners because of no reason other than their skin color.

There is more danger that comes from the vicious thought that stems from white supremacy prevalent in our city than the supposed harm that comes from immigrants. In fact, Salvador Rizzo of The Washington Post revealed that state and federal correctional facilities in 2016 housed 1.3 million prisoners, of which 83,556 or 6 percent, were noncitizens.

Statistically, our children will likely not fall victim to violence from immigrants; they are being poisoned by racism and the prejudicial mindsets that plague Santa Clarita.

We live in a predominantly racist valley. There is no denying that our parents, grandparents and generations before us have created a city that fosters this kind of behavior. But along with the multitude of Make America Great Again hats that flooded the city council meeting, there were students there. These students were young people passionate about protecting humans of all races. There is a new generation of humans ready to brave the years of blatant racism that we have let go on for too long. It is now more than ever that Santa Clarita needs these motivated young people to use their voice to counter the blatant racism that lives in our city.