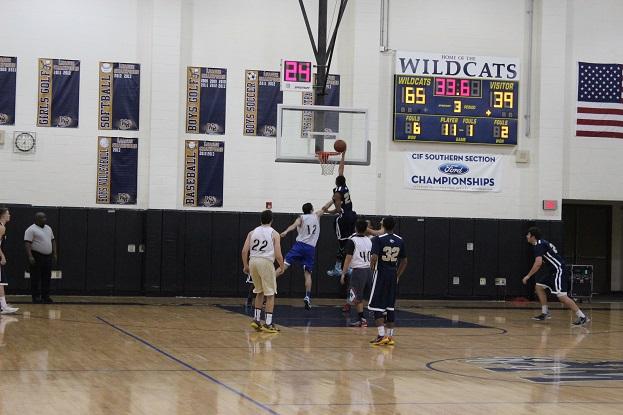 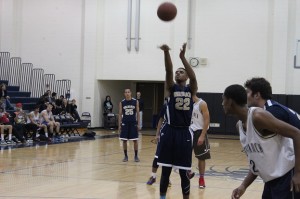 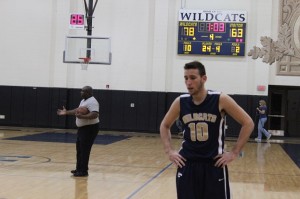 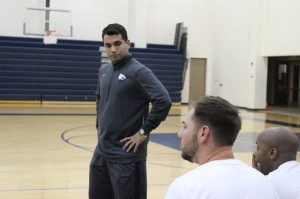 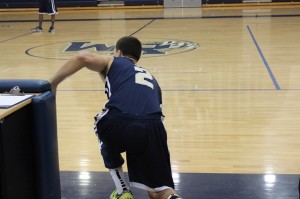 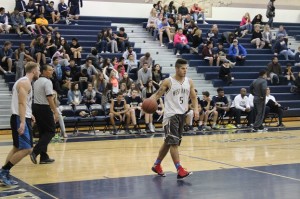 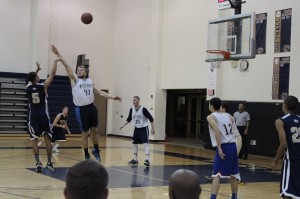 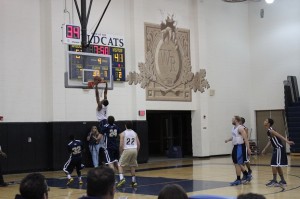 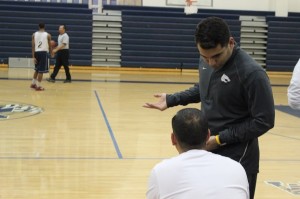 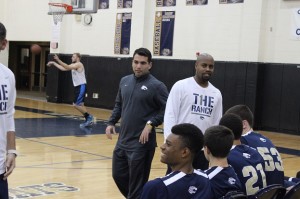 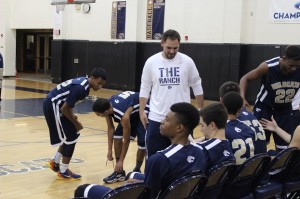 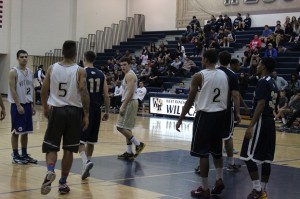 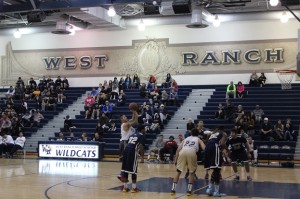 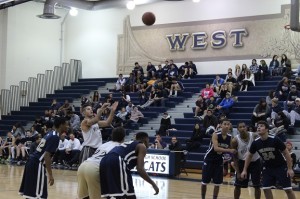 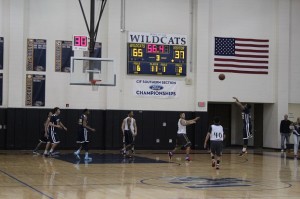 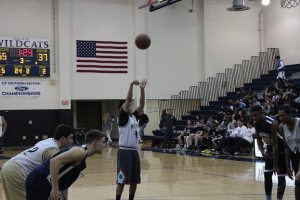 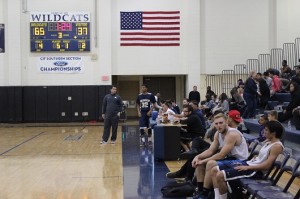 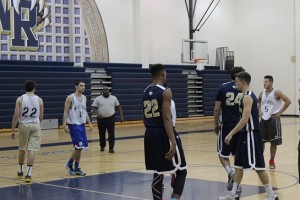 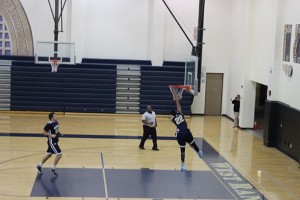 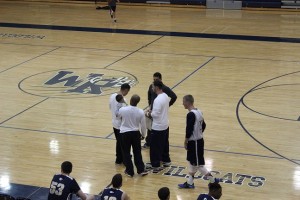 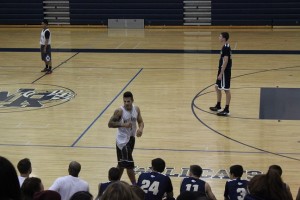 On Nov. 27, the West Ranch gymnasium was packed with students and parents eager to watch this year’s alumni basketball game. The alumni team consisted of seven members, and fans saw many familiar faces from years past. Kyle Williams, Ben Johnson, Asad Asghar, and Cody Sanders, who were all seniors on the varsity team last year, made appearances as they faced off against their former coaches and teammates.

It was a memorable night for the alumni, and they were excited to be able to get back with their high school “family” once again.

“I really missed playing here,” said Williams, a starter last year. “It was great because it reminded me about what I loved most about high school.”

Although the score was irrelevant to both teams, in the end, the varsity team effortlessly edged out the alumni, 78-63.

The exhibition match was taken very lightly, but the varsity team still gave fans a taste of what they would be getting when the league season comes around. The Wildcats’ consistent offense backed by their tough defense was promising to fans expecting a league title this season. A great effort was made by Ryan Beddeo, who facilitated the ball on offense. Christian Ware-Berry, a new edition to the team this year, showed signs of greatness as he contributed on all sides of the ball. Big men Isaiah Doyle, Ryne Williams, and Jon Semerjian all did a great job of anchoring the defense while maintaining the paint on offense.

After winning two straight league titles, West Ranch has become the team to beat in the Foothill league. Players have big shoes to fill due to the loss of team captains Kevin Harris and Ako Kaluna, but fans still hold high expectations for the team this year.

Head coach Shant Bicakci revealed what students could look forward to in this year’s team.

“Expect a team that competes from start to finish,” he said. “We have a target on our backs and we know it. We have great leadership and great chemistry.”

So the rest of the Foothill league better watch out, because as Coach Bicakci puts it, “we’re ready.”\