Have Sympathy for Chancellor 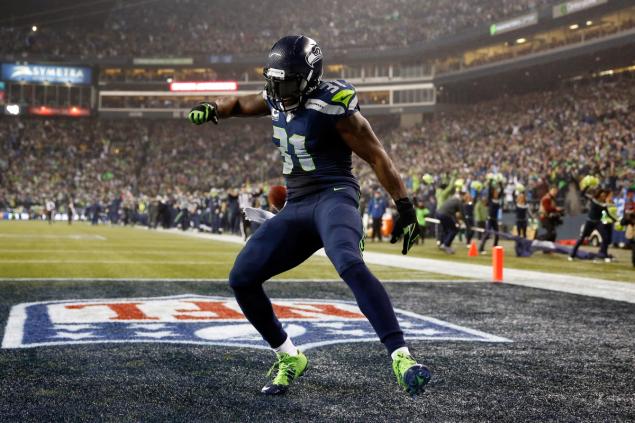 When millions of dollars are rolling into the bank accounts of NFL players, it’s hard for us to imagine why these big shots feel the need to complain about their income. Several holdouts have occurred thus far into the 2015 NFL season, but none more meaningful than between safety Kam Chancellor and the Seahawks. With a multi-year deal still left on his contract, Seahawk nation was devastated to hear that their All-Pro safety Kam Chancellor was going to continue holding out, or stop playing until a deal was renegotiated, from the insignificant preseason into the actual season. After losing to the Rams in week one solely due to a slip up by Chancellor’s replacement, Seahawk fans were furious, calling him names such as a “greedy pig” and a “backstabber” across social media. What all fans seem to be missing out on, however, is his side of the story.

The “contract” system the NFL developed for its players is not what it appears to be on the surface. For example, being guaranteed $20 million for a five-year contract means nothing if the team decides to drop you after season one. All it takes is an ACL tear and before you know it you’ve lost every penny of your supposed “guaranteed” income. If the NFL doesn’t support their side of the bargain in the case of an injury, it is completely justified for a player to prepare for the worst and play for their complete worth as long as they can. Chancellor has proven he is injury-prone in the past, playing one of the most dangerous positions in the game, and is smart to realize what that could do to his NFL future.

Behind the scenes, other players on the team have been quietly respecting Chancellor’s decision. On multiple practice days, running back Marshawn Lynch wore his teammate’s #31 jersey. They have made it very clear that they see playing in the NFL as a business, and in that regard, also believe it also must be treated like one with a less corrupt contract system.

The contract change Chancellor has requested is not unreasonable either. Although his is almost unquestionably the best safety in the game (possibly of all time), he was just the ninth highest paid safety in the league in 2014. With that said, his request of a transfer of $4 million from the 2017 to 2016 season should not even be questioned by the Seahawk administration. They got the deal of a lifetime on him, and it’s their moral responsibility to show their thanks for his past dedication to the team.

No matter how much hate towards Chancellor being “unloyal to his team and fans” you see on social media, remember this side of the story. A contract in the NFL is not the same as a contract in the NBA or NHL. He is simply a reasonable businessman who seeks to get paid for what he’s worth, and there is nothing wrong with that.