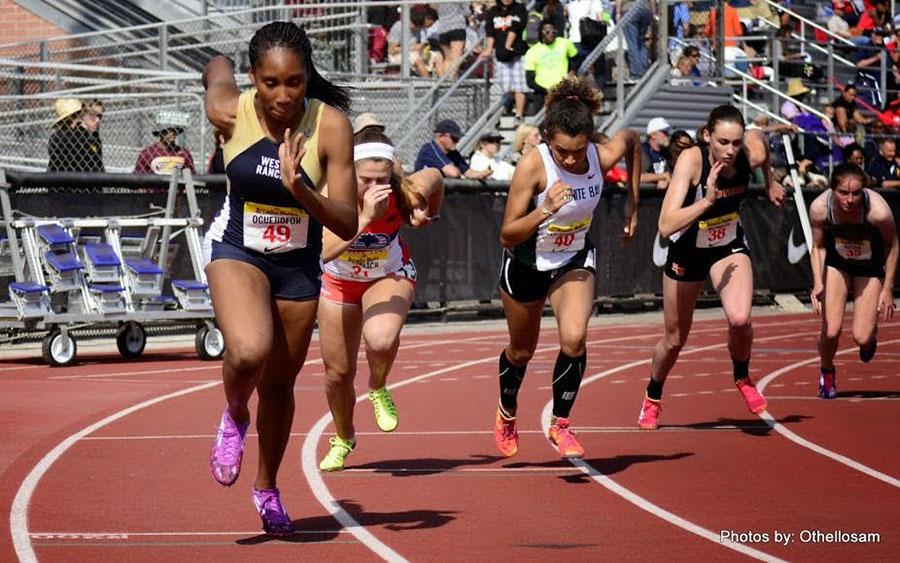 At the impressive height of 5’11,” she’s a hard person to miss. Her smile stretches across her face as she talks and laughs with her friends. Her broad shoulders, built legs, and overall muscular physique displays an obvious hard-working athlete. Her poise is quiet, yet effective. She is West Ranch’s track stud and volleyball player: Adaugo Oguejiofor.

Most students and teachers on campus recognize Oguejiofor as a top track star. These past two years, she managed to win four league titles in 100-meter hurdles, 300-meter hurdles, and long jump. As she hurdles, her swift, strong movements allow her to gain speed and go over all the hurdles with ease. When she competes in meets and invitationals, Oguejiofor surpasses everyone else. Being the first athlete to compete in a heptathlon (a series of hurdles, high jump, shot put, 200-meter dash, long jump, javelin throw, and 800-meter dash) in West Ranch history, Oguejiofor placed 16th for her first experience. She also competed and won 5th place in Junior Olympics (Oguejiofor’s first national event) this past summer in Hampton Roads, Virginia.  What most people don’t know, however, is that Oguejiofor is a multi-talented athlete; she has been active in West Ranch’s volleyball program for two years. 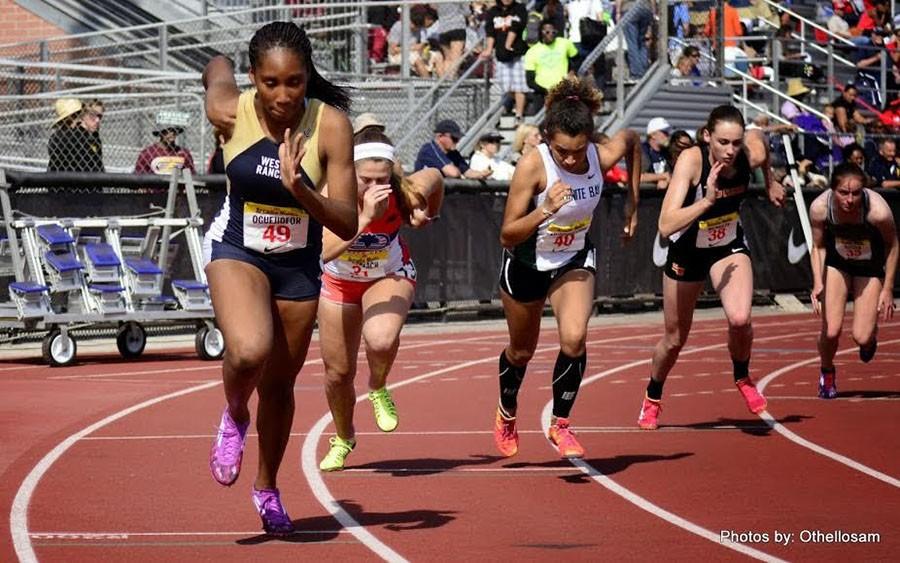 “[I tried out because] my friend from track, Nichole, played volleyball at her old school so we went to camp together,” said Oguejiofor. “She ended up not even trying out.”

Although she started the team sport nine years after starting track (in her sophomore year of high school), Oguejiofor has definitely proved her athleticism in her second sport. She was honored with the “MVP” award this year for JV volleyball.

“I was really surprised and I didn’t really feel like I deserved it,” said Oguejiofor. “I loved the practices and girls in volleyball.”

Oguejiofor’s humble persona is another asset of hers that is greatly admired and acknowledged by her peers and teammates. She always hustles even during water breaks, and is known for her overflowing stamina when doing blocking and retracting drills.

“Adaugo is a great teammate,” said junior varsity player, Phoebe Melikidse. “She is always cheering us on whether she’s on the court or off. She never takes full credit even when she crushes a ball. She deserved to win the MVP award.” 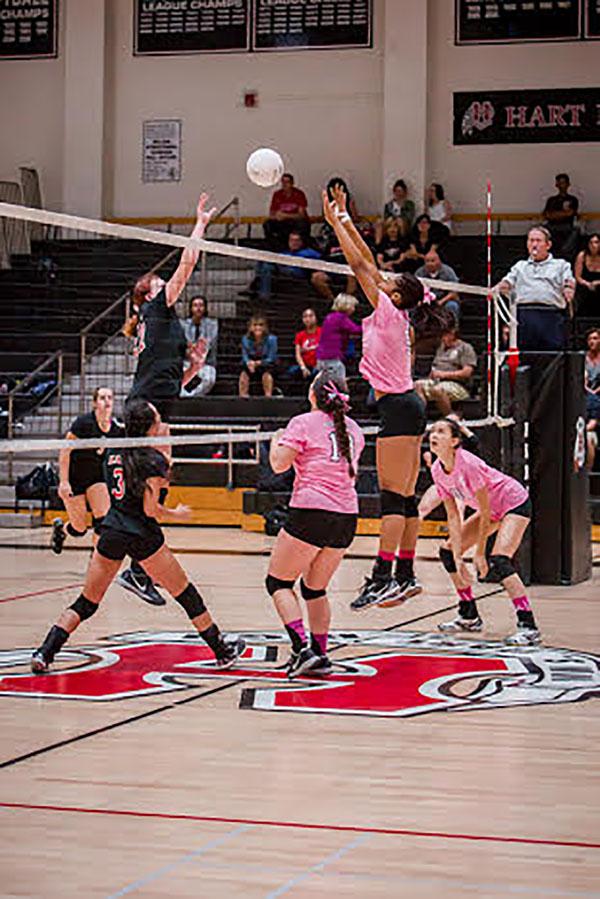 The Oguejiofor family seems to thrive in athletics; Adaugo’s 19-year-old brother and West Ranch alumnus, Chu, committed to Cal State Lutheran for track-and-field. He got many offers, but he wanted to stay close by and went to Cal State Lutheran on a $20,000 academic scholarship. It is not surprising for his little sister to dominate in the same sport.

“At first I didn’t want to run,” said Oguejiofor. “But eventually I wanted to go to practices with him.”

Not only is Oguejiofor a talented athlete and respected peer, but also is an outstanding student in the academic field.

“Adaugo is outgoing, she works cooperatively with other people, she’s creative, and she’s insightful and thoughtful when she asks questions,” said by Oguejiofor’s AP Calculus BC teacher, William Hughes.

In her free time, Oguejiofor loves to play soccer and loves to watch TV, especially the show “Dance Moms.” Although she challenges herself with rigorous honors and AP classes, she manages to maintain the balance between academics, sports, and leisure.

“School before sports. You can be the best athlete on your team, but you won’t play if you don’t have the grades,” said Oguejiofor.

With an impressive transcript, it is no doubt that Oguejiofor will attend a reputable university. She has high hopes for her future; Oguejiofor wishes to be a prestigious student at Stanford University or UC Davis. However, she is uncertain about pursuing volleyball in her college years.

“Maybe because I love playing [volleyball] I might want to pursue it in the future, but I want to run track year-round in college,” said Oguejiofor. “I want to go to Stanford because they have a good track program (D1) and good academics.”

Oguejiofor is a Wildcat role model; some words of motivation she lives by is “to live anything less than your best is to sacrifice the gift.”

West Ranch cannot wait to see what the future holds for star athlete and top student, Adaugo Oguejiofor, whether it’s on the field, court, or in the classroom.