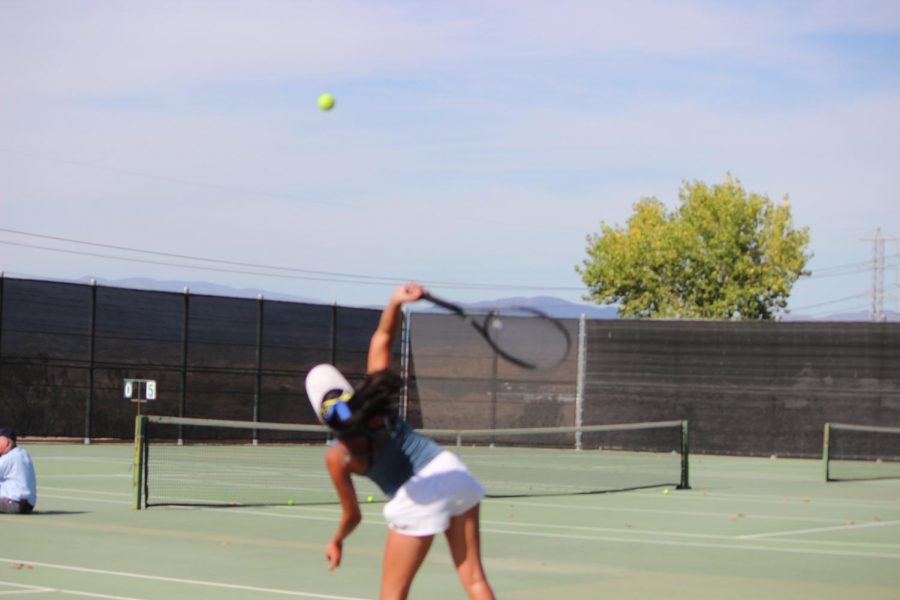 Before the match, coach Dina McBride said “it’s a very good team, and it’ll be a very tough matchup”.

The Cats got off to a quick start, as doubles team Audrey Kim and Emily Andrews defeated their opponents 6-0. Jordyn McBride also had a fantastic first match, with powerful hits that caught her opponent off guard and flat-footed. She speedily won her matchup with an amazing 6-0 performance as well. The fast start for the Cats continued as the afternoon went on, eventually leading to a solid 13-5 defeat of Valencia.

The tennis team is off to a fantastic start this season. You can come support the Cats in their next home game on Oct. 9 against Golden Valley!