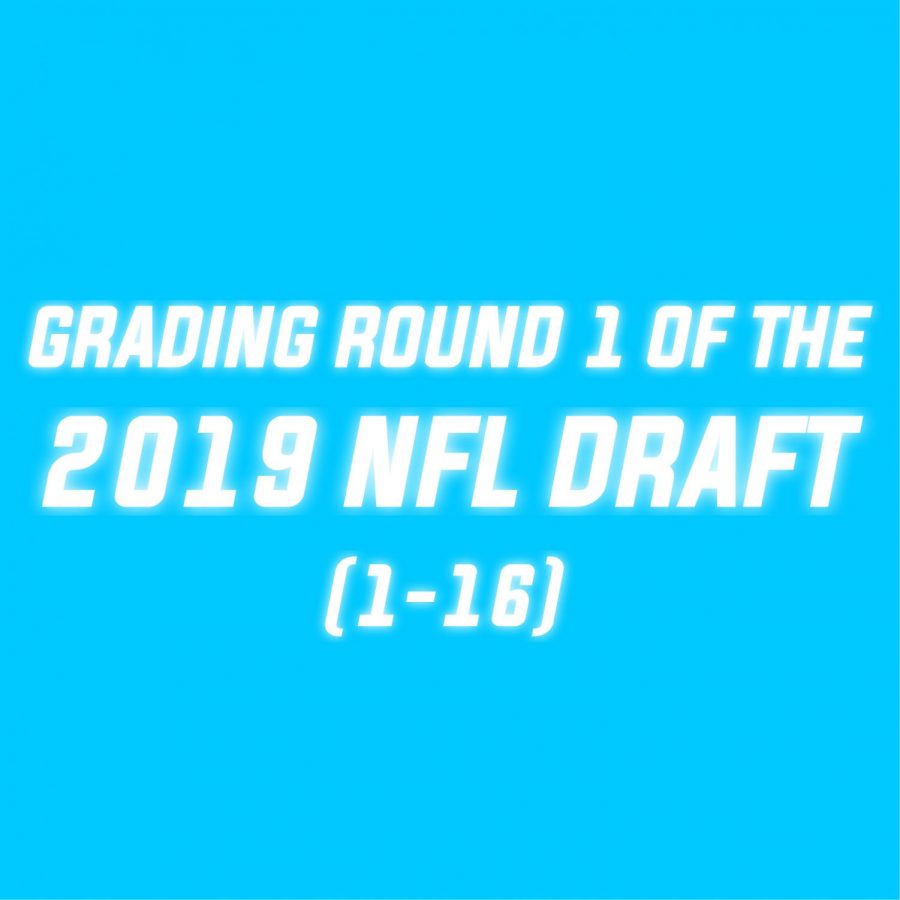 Kyler Murray, this season’s Heisman Trophy winner for the best player in all of college football, will give the Cardinals’ fanbase hope along with newly hired coach Kliff Kingsbury. Murray brings elite athleticism and a great arm, but there are some concerns about his height (5’10”) and his ability to transition to an NFL system, which will be a change from the Air Raid offense he used under Lincoln Riley.

“The” Ohio State always seems to produce premier defensive talent in every years’ draft. Nick Bosa, the brother of Chargers DE Joey Bosa, is the latest addition. Bosa tore through the competition at Ohio State, even sitting out the most of 2018 to prepare for the 2019 NFL Draft. Bosa offers a mouthwatering combo of speed, strength and technique. This is a safe, strong pick by the 49ers.

Considered by many the most talented player in the draft, Williams burst onto the scene in Alabama last season. He consistently showed good technique, quickness and the ability to get around blocks to the backfield. This pick is great for the Jets and will bolster an already strong defensive line.

This is a tough pick to grade. From an overall perspective, Clelin is a very good player with the tools to become a fierce pass rusher in the NFL. But value is key, and there were multiple players who were worth pick four. If the Raiders wanted a pass rusher, Josh Allen should have been their guy. He is a raw talent who needs to work on his hand movement on the edge. The Raiders got a solid player but not necessarily a great value pick.

Devin White fills a need for the Bucs after they lost Kwon Alexander in free agency. White was the winner of the Butkus Award for the best linebacker in the nation and makes plays to hunt down the ball-carrier. He also put up impressive numbers at the combine, with a 4.42 40 time and 22 reps on the bench press. This is a solid pick for the Buccaneers.

Oh, Giants. Disappointment is the only way to sum up this pick. On tape, Daniel Jones is an average quarterback who struggled against the ACC’s elite defenses. Jones also doesn’t have a good throwing arm nor a good pass completion ratio. He is solid in the pocket and mobile enough to get out of trouble, but there is not one defining trait in Daniel Jones’ game that wows. This is a terrible pick by a very poorly run franchise.

One of the best picks in the draft thus far, Josh Allen was projected by many as a top-3 talent. Allen was among the nation’s leaders in tackles for loss, forced fumbles and sacks. He also brought home the hardware, winning both the Bednarik Award and the Nagurski Trophy for the best collegiate defensive player. Allen can both rush the passer and play in coverage and can be a weapon all over the field.

T.J. Hockenson is destined for success in the Lions offense, which has so desperately needed a tight end. It’s been years since Detroit had a suitable guy for this position. However, the Hockenson era is upon us. At 6’5”, Hockenson possesses the size for a dominant Tight End in the NFL. He has elite pass catching ability to go along with his fantastic blocking. Hockenson is poised to be one of the best at his position for years to come. He will need to minimize the drops, but, overall, this is a good pick.

Ed Oliver is a special talent and the Bills were delighted when he fell into their lap at pick 9. Oliver is explosive out of his stance and quickly gains an advantage on his blocker. He will need to bulk up in the NFL, but this is a fantastic value for the Bills.

Devin Bush is an athletic freak on the football field. His ability to scan the field and provide value in coverage is truly remarkable. Along with his blazing speed, Bush looks to rebuild a torn-apart Steelers linebacking core. In a few years, this could be the pick where teams question themselves for overthinking their decision. Pittsburgh obviously saw something special in Bush, making a trade with Denver to get the 10th pick. Bush is undersized however, and could limit his ability to cover big Tight Ends.

Jonah Williams gets all over the defender, buying the ball carrier valuable time. He made 43 straight starts for one of the best college football programs in the nation and could also move inside to guard. Though dominant at Alabama, many teams are questioning his arm length at the next level. While a fine pick in itself, it raises questions about what the Bengals are doing here after resigning mediocre tackle Bobby Hart to a new deal this offseason.

Rashan Gary might be the most boom-or-bust prospect in this year’s draft. He was the heart and soul of a dominant Michigan defense and possesses all the elite traits in a stout defensive player. He‘s got the size, length, and quickness to be a force in the NFL. A 5-star recruit out of high school, expectations were high for Gary. However, that never translated onto the field for the Wolverines. Gary had very limited production at Michigan, recording only 9.5 sacks in his three years there. There’s also question marks about his hand work and pass rush repertoire. There’s potential with this pick, but, right now, it’s just average.

Christian Wilkins was the anchor of a dominant Clemson defensive line that saw all four starters taken in the first four rounds this year. A three-time All-ACC recipient, Wilkins possesses the speed and tools needed to cause major disruption in the backfield and has the stats against major programs to prove it. However, he had some struggles stopping the run and needs to play with more power against NFL guards. Good pick by the Dolphins to add to their thin defensive line.

With the Dolphins going along the Christian Wilkins route, Atlanta had to rethink their plans. Lindstrom is a fun player. Occupied with his elite athletic traits, NFL teams consider him a do-it-all player on the offensive line. Led by Jake Matthews and Alex Mack, Atlanta already has a very good offensive line. This was one of the more surprising picks in this year’s draft. Lindstrom is a good player, but the positional value isn’t exactly great here. When matched up with a pass rushing nose tackle, he got sloppy. Another major issue is his inconsistent balance throughout 2018. This pick is just average at best.

The Redskins got amazing value here. In pre-draft rumors, the Redskins loved Haskins. The only question was if the Heisman Trophy finalist, who was projected top 10 in many mocks, would fall to them at 15. The Giants picked Jones and other QB-needy teams passed on a QB, opening a window for the Redskins, who quickly snapped Haskins up. Haskins is large and sturdy, and has the arm and confidence to make big passes. However, he is a below-average athlete (with a 5.04 40 time) and may have trouble staying in the pocket with speedier NFL defenders.

With Carolina swooping up Brian Burns at 16, the Panther defense just went from very good to exceptional. He’s an elite athlete all across the board. He wins with his speed on the edge, and should continue that at the next level. But Burns isn’t just quick. He converts speed to power at an astronomical level. There are some concerns with his size and length, but he benefits from it with his hand movement. Great pick by the Panthers.