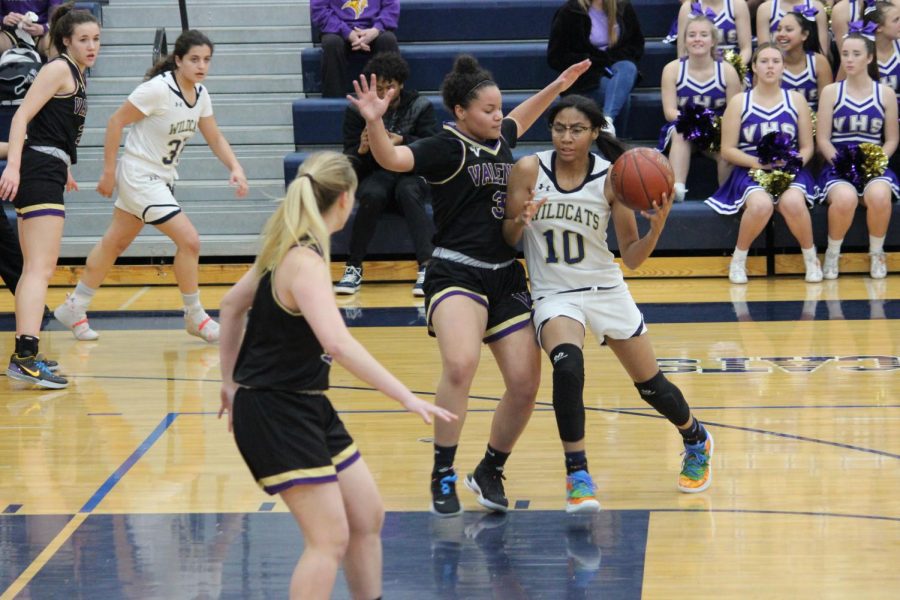 On Tuesday, Jan. 14, West Ranch girls’ basketball faced off against the Valencia Vikings, ultimately losing to these tough competitors 67-17.

The Vikings had a strong start to the game, ending the first quarter with a score of 23-3. With many graduating seniors, the Vikings had a lot of experience going into the matchup against the young Wildcats. They continued to pressure the Wildcats and took advantage of their inexperience at the varsity level.

West Ranch struggled to score throughout and were only able to add buckets through free throws. Freshman Alissa Saridin had a big game, playing point guard and contributing nearly all of the Cats’ points. Her aggressive mindset encouraged her to drive to the basket and repeatedly draw the foul call, allowing West Ranch to enter the bonus early in the game.

In reflection of the game, sophomore Kammi Sasaki states, “I felt that Valencia was a really tough team to beat, and we tried our hardest to try and make it a close game. It’s going to be a tough season, but we’ll try our best in the games and work hard during practice.”

Join the Wildcats in their next game against Hart today, Jan. 17, at the Ranch at 5 p.m. Good luck Cats!