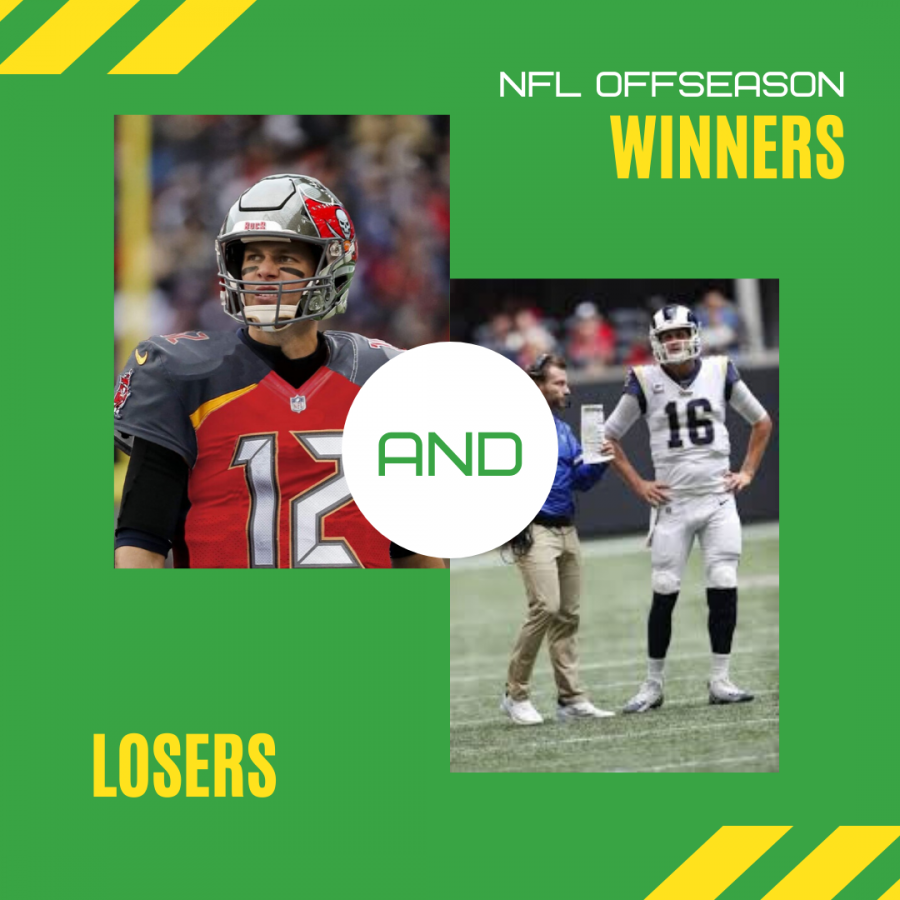 This offseason, the Cardinals pulled off one of the greatest heists in NFL history, acquiring superstar wide receiver DeAndre Hopkins from Bill O’Brien’s Texans. .

What did they give up in return? The Cardinals sent over only a fourth-round pick and injury prone running back David Johnson.

The Cardinals continued to build around young quarterback Kyler Murray, bolstering their defense with the acquisition of a few defensive playmakers. After this strong offseason, the Cardinals are looking like a much-improved contender in the NFC West.

While the Cowboys had some significant losses this offseason (Byron Jones, Robert Quinn, Travis Frederick, Jason Witten and Randall Cobb), they were outweighed by the tremendous job this front office did.

Franchise cornerstones Dak Prescott (franchise tagged) and Amari Cooper were brought back, and the Cowboys had a great draft, picking up speedy receiver CeeDee Lamb and corner Trevon Diggs.

The best move by the Cowboys, however, wasn’t even acquiring a player. The team finally  dropped longtime coach Jason Garrett, who had squandered the available talent for years, and in return signed ex-Packers coach, former Super Bowl champion Mike McCarthy.

The coaching change and new faces make the Cowboys a serious contender for a title this year.

When you have the #1 pick in the draft, it’s difficult not to have a good offseason, but the Bengals made this one great by picking Heisman-winning quarterback Joe Burrow, who broke records while leading LSU to a national title last season.

Burrow will thrive in Cincinnati with the offensive tools around him, including running back Joe Mixon and receivers AJ Green(franchise-tagged), rookie Tee Higgins, Tyler Boyd, Auden Tate and John Ross. The Bengals addressed their defense as well, bringing in DT DJ Reader and secondary help with Trae Waynes and Vonn Bell.

When you get two all-time greats, including the best quarterback of all time, it’s safe to say you had a decent offseason. The Bucs killed it in free agency, signing Tom Brady and luring Rob Gronkowski out of retirement to form an instant Super Bowl contender.

They also addressed two of their last offensive needs by drafting tackle Tristan Wirfs and running back Ke’Shawn Vaughn, both of whom should be ready to make a Day 1 impact. Wirfs gives the Bucs their star Left Tackle for the future and though he is a raw prospect, he has all the athletic traits to be one of the best in the NFL. Vaughn is an electric runner and will  challenge both Ronald Jones & Peyton Barber right away.

After a season that fell well short of expectations, the Rams had an even more disappointing offseason. The team lost stars Todd Gurley and Greg Zuerlein, as well as impact players Cory Littleton, Dante Fowler, Marqui Christian, Nickell Robey-Coleman, Clay Matthews and Eric Weddle. They almost lost DE Michael Brockers as well, but a failed physical allowed Brockers to stay a Ram.

The team failed to make any huge acquisitions and drafted skill players rather than address their biggest need, the offensive line. It could be a long season in Los Angeles.

There’s only one reason the normally stable Patriots are down here, and that’s the loss of superstar quarterback Tom Brady.

Instead of rolling into 2020 as the division forerunners, the team now has to contend for the AFC East crown with inexperienced fourth-round pick Jarett Stidham leading the charge. The team seems to be very confident in Stidham, choosing not to draft or otherwise acquire a quarterback other than journeyman backup Brian Hoyer. Even so, Stidham will likely struggle to fill the shoes of an all-time great.

The Texans are down here because of the aforementioned DeAndre Hopkins trade, as they were definitely on the losing end. Two weeks later, the Minnesota Vikings got a much larger haul for Stefon Diggs, a good receiver, but a full class below a generational talent like Hopkins.

Although they did acquire Brandin Cooks and Randall Cobb to stem the bleeding of the Hopkins loss, the Texans failed to really make any splash moves that would elevate them from a good team to a title contender.

Do the Packers understand that Aaron Rodgers is one of the best quarterbacks ever? If so, they don’t seem to be showing it. The team seems to be going into a building mode where they need to maximize the last couple years of Rodgers’s prime with a title push.

The team downgraded in several positions, letting offensive tackle Bryan Bulaga walk and replacing him with Rick Wagner. They did get some wide receiver help with Devin Funchess, but Funchess isn’t a game-changer and should at best be a #3 WR on a serious contender.

The Packers compounded their problem with their confounding draft. With their first pick, they drafted quarterback Jordan Love, who is talented, but will likely sit on the bench for two years and doesn’t provide anything for the Packers immediately. Next, they drafted running back AJ Dillon, despite having a promising running back in Aaron Jones and a good backup behind Jones in Jamaal Williams.

This mindset of drafting for the future is wasting the later years of Rodgers’s career and will keep the Packers frustratingly out of contention for another year.