How COVID-19 is changing the sports world 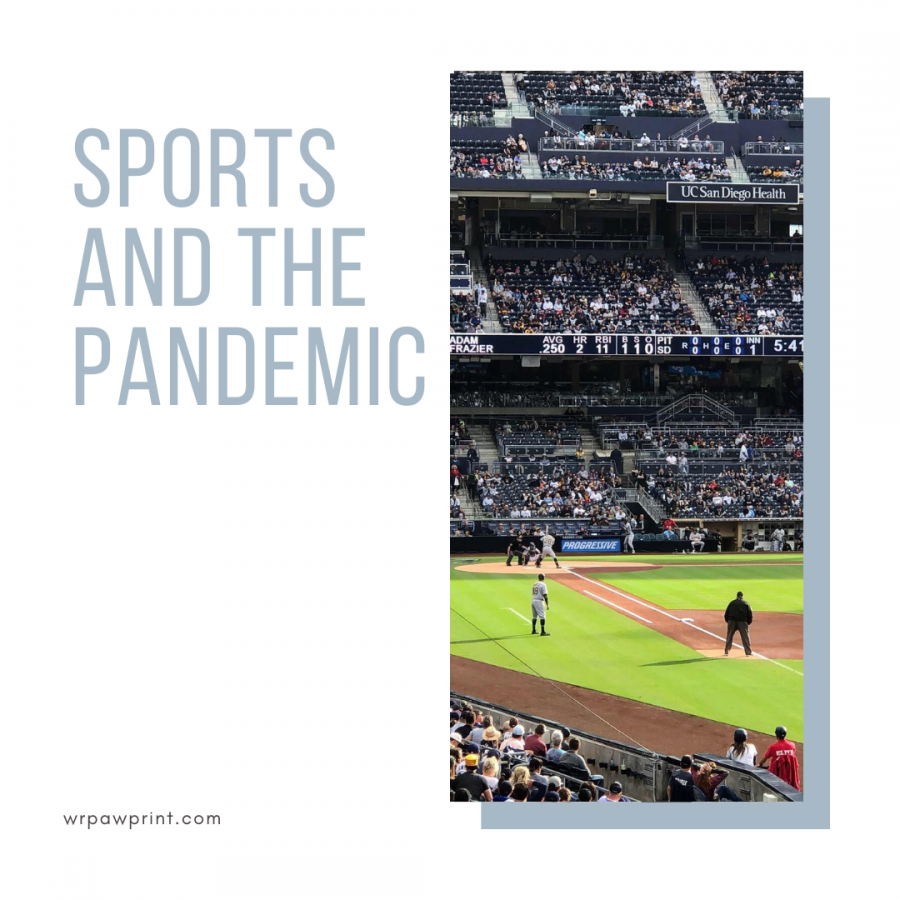 Photo by Seanrwatson, found on Morguefile.com

The importance of sports in cultures all around the world cannot be understated. Billions of people love to both play sports and relax by avidly watching and rooting for their favorite pro teams. However, the sudden absence of pro sports, something we all took for granted, starkly underlined the dangerous reality of the COVID-19 pandemic. Now that sports have returned (yes, breathe a sigh of relief), The Paw Print is detailing the different ways these leagues have adjusted in order to ensure the safety of everyone involved.

These leagues have decided to isolate all their teams at specific “bubble sites.”  All teams are in one location and play all their games at a specific site. According to the NBA and WNBA’s official coronavirus safety plans, all players are tested for COVID often and masks are worn while not playing or practicing. Anyone wanting to enter the bubble, including reporters and family members, must quarantine for several days. The only spectators allowed are family members. The NHL has a similar plan outlined in their “Phase 4” plan for the Stanley Cup Qualifiers; however, it has two “hub cities” in Edmonton and Toronto rather than just one.

The MLB allows players and teams to stay in their home cities and play a regular schedule with home/away games. However, the league has stated that it regularly tests players for COVID-19 and requires masks outside of games. This plan is slightly less secure than the bubble plan, as we have already seen teams postpone several games after players tested positive for COVID-19.

These leagues have security protocols similar to the MLB; however, venues can decide if they would like to host a limited capacity of spectators as well. This leads to some events being completely spectator-free, while some allow several thousand fans. This has caused some players, notably tennis star Novak Djokovic, contracting the disease and not being allowed to play in matches.

NCAA Football is also a league to keep eyes on, as most conferences are playing a conference-only schedule, and many teams are playing different amounts of games. The league will have to address questions of scheduling and which teams will make the College Football Playoff in order to have a successful outcome to the season.

West Ranch/California High School Sports:
In their July calendar statement, CIF announced a schedule for the 2020-2021 school year, categorizing sports into two seasons: fall or spring. Fall sports, including boys and girls volleyball, football, cheer and cross country, are scheduled to begin in December/January, with playoffs from March-April. Spring sports, including basketball, soccer, tennis, swimming, track, baseball, softball, lacrosse and golf, are scheduled to begin in March, with playoffs in May-June.

Meanwhile, West Ranch sports teams are now allowed to begin optional conditioning at school. “West Ranch High School student-athletes are currently participating in voluntary in-person conditioning with their respective sport,” explained West Ranch Athletic Director Anne Konrad. “The past two weeks, the athletes have been conditioning without equipment and focusing on cardiovascular endurance, strength training, and team building within the guidelines put forth by the District and LA County Health Department.  Starting the week of October 6th, the athletes will be allowed to work with equipment in PAIRS.  The same guidelines will have to be followed in regards to social distancing, wearing masks, and daily health screenings.” Konrad also outlined hopes for a return, telling The Paw Print, “Our focus is on slowly returning our student-athletes to the campus to prepare for their respective sports with a focus on technical skills and conditioning.  Once we receive guidance from the District and LA County Health Department, we will look into allowing scrimmages and contact practices while still keeping the safety of our student-athletes at the forefront.”

Safety at West Ranch is the highest priority. As West Ranch boys volleyball coach Brandon Johnson put it, “We all have to do our part to ensure the safety of every player, coach and family member.” Under these new guidelines, coaches and players alike are enjoying a return to their teams and have optimism for a return to play soon. Stay safe Wildcats!