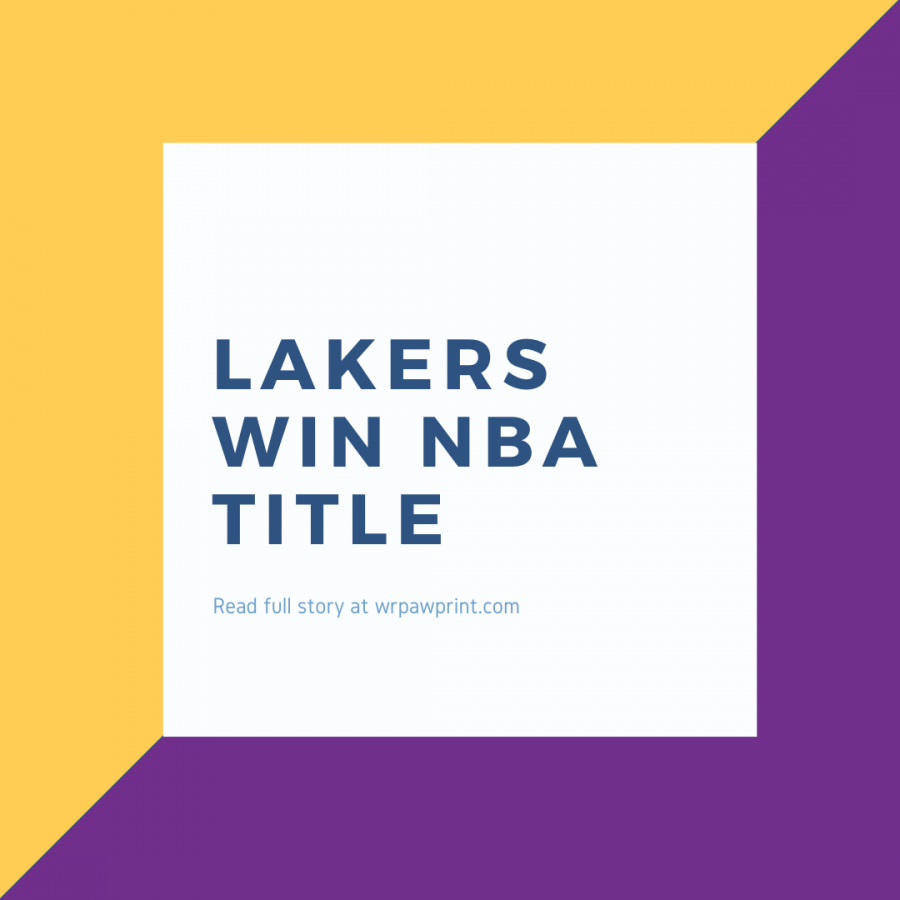 On Sunday, Oct. 11, the Los Angeles Lakers defeated the Miami Heat 106-93, winning the NBA Finals four games to two and claiming their 17th NBA championship. After losing a close Game 5, the Lakers came out and utterly dominated the Heat start to finish, in a game that was even more lopsided than the final score showed. Lebron James put the capstone on his fourth Finals MVP award with 28 points, 14 rebounds and 10 assists, and fellow star Anthony Davis put up 19 points and 15 boards. The Lakers also got huge contributions from supporting players Kentavious Caldwell-Pope (17 points) and Rajon Rondo (19 points). The title tied the Lakers with the Boston Celtics for the most NBA titles won, and brought joy to a city that is still mourning over the loss of legend Kobe Bryant. Congratulations Lakers fans!