Mrs. Peters Gets a Voice on the Kelly Clarkson Show 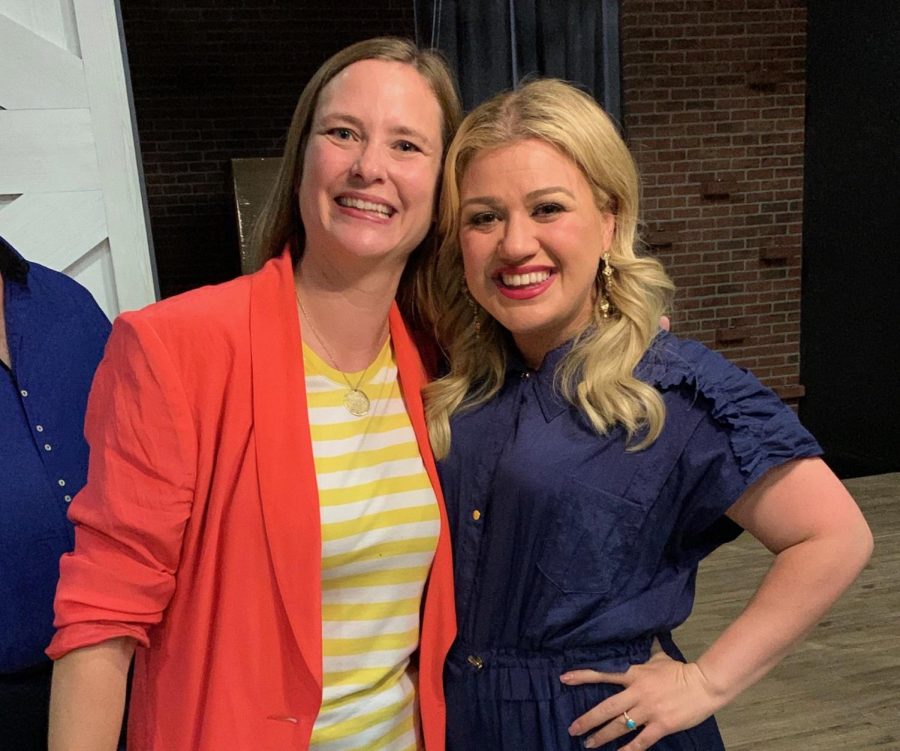 On Sep. 9, the Kelly Clarkson Show premiered on NBC. Featured in the second episode is West Ranch’s own choir and music teacher Mrs. Peters.

Singer Kelly Clarkson recently announced that her new talk show will air every weekday. The three-time Grammy award winner will chat with celebrities, host performances, play games and even shine light on the touching stories of ordinary people.

In this episode, she puts the spotlight on music educators.

Mrs. Peters felt a variety of emotions during the experience: “It was exciting. I was a little nervous, but I just knew it was gonna be really good for the music program so I was happy to do it.”

The episode starts with the music teachers getting on one of the Universal Studio Tour trams. After getting on the “Tram of Dreams” in the Universal backlot, they were greeted by Clarkson herself, along with a plethora of confetti. She gave them a quick tour and treated them to a champagne brunch.

Mrs. Peters gushed about Clarkson, “She is so awesome. She’s down to earth.”

Peters mentioned how open and honest Clarkson was. “She was totally just talking to us. I could tell that she was really genuinely happy to be able to do that [feature] for us.”

They then went to meet the stars of NBC’s “Superstore” on set and were gifted keyboard devices for their students. The rest of the episode was filled with surprises – from John Legend and Celine Dion, to a fully paid cruise courtesy of Norwegian Cruise Line. Clarkson wanted to show her appreciation for music teachers like Mrs. Peters who provide quality education that can go unnoticed.

It’s not every day that someone from West Ranch gets a chance to be on TV. Mrs. Peters knew it was an opportunity worth taking. She described what it was like when she told people the news.

“Knowing how excited my students and coworkers are, and it’s really exciting for my family and all my friends.” She added, “It’s a big deal.”

Since there were other music teachers there as well, Mrs. Peters shared a common passion with the show’s guests.

“Realizing that there were other music teachers there was a big surprise.” She said that they all became friends.

Peters made it obvious that she was extremely grateful for the experience: “The best thing for me is the fact that she just gave music educators, and music in general a platform.”

She mentioned that Clarkson was also a choir kid.

“She wanted to honor music teachers. It’s just a good reminder to the audience that music is still alive in public schools – kids need music education.”

It really is important to give a voice to the side of music that people don’t see often. This segment on the big screen is just one of the ways to show appreciation for these hardworking teachers.