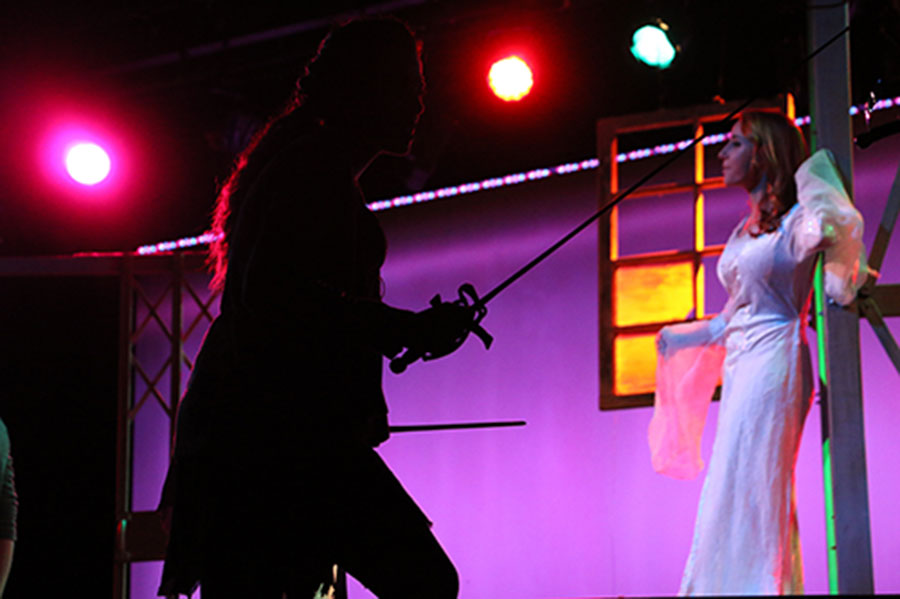 At precisely 7 p.m. on Saturday night, lights dimmed in the West Ranch theater. Dozens of parents and students filed into the dark room. Soon later, soft music began to play and the auditorium silenced to only a quiet murmur of whispers. The curtains rose and the production of After Juliet begun.

After Juliet is a West Ranch advanced theater production that was adapted from another playwright, Sharman Macdonald. Over a dozen talented aspiring actors and actresses put on the presentation, under the supervision of theater teacher Mr. Cook. Over the course of many months, students spent their theater classes, as well as some of their free time, in order to revise and perform the play. They put their own spin on the performance to better appeal to themselves and their audience of parents and students.

“You have a lot of blocking that happens. Which is an organization of the scene and where everybody moves on the stage. And there’s sword fighting, sets, lighting, a lot of memorization because there’s a lot of heavy monologues in this play so that’s a big factor” said one the actors Daniella Steele.

The play follows the events after the esteemed Shakespeare play Romeo and Juliet. It shows what happened to supporting characters after the death of the two leads. After Juliet displays what viewers did not get to see in the original play, such as the outcome of friends and family of the deceased Romeo and Juliet. Though it was very tense and angry, there were many instances that got the crowd laughing. Characters Lorenzo and Gianni played by (Nicolas Aguilar and Scott Arrowsmith) were definitely the more light-hearted characters in the production. Rosalind (played by Sierra Turcot), one of the main female leads was a great character who really drew the audience in with her powerful lines and passion for the script.

“As an actor my craft is to allow my body to become a vessel for a character to live it’s life. When I was reading for her character you could already tell that she has all this passion and built up anger and frustration and almost this broken heart and I love that,” said Sierra Turcot.

Visual aspects of the play such as silhouetted sword fights and flashing lights provided a new element of depth for the people watching the play.

“Definitely my favorite scene was the swordplay. All of the actors were involved in that, it kind of an adventure. And the lighting and the music that was timed with the swordplay was fantastic,” said parent Maryann Lamer.

Obviously, the show was a great success, over the course of its three showings on Thursday, Friday, and Saturday. It was a great payoff for the students that put countless hours of time and effort into the extraordinary performance.

Nearly all onlookers were thoroughly impressed with the play as a whole.Many viewers became entirely immersed in the drama. Everyone was on the edge of their seats in the drama-filled moments.

“I thought it was good and I think that there was good symbolism in the drummer girl and the singer and good acting,” said West Ranch freshman Skijler Hutson.

I thought it was excellent. They did a very good job of what might happen after Romeo and Juliet.”

After the play, they talked earnestly to their favorite characters, who stood in the crowd to meet the appreciative audience. The cast was met with flowers, hugs, and many congratulations.

“I thought it was excellent. They did a very good job of what might happen after Romeo and Juliet. It was a serious play yet it had some comedic moments in it that lightened the mood,” said Lamer.

After Juliet, a riveting yet humor-filled drama, was truly an outstanding performance by West Ranch theater, and we hope to see many similar showings in the future. 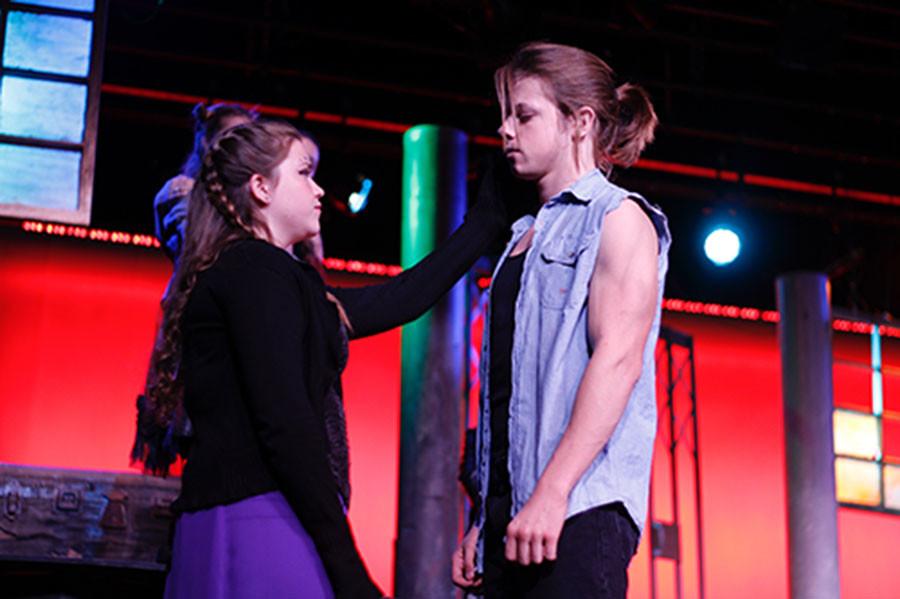