On May 17, West Ranch Orchestra and Concert Band performed in their annual Spring Concert. As a tribute to seniors, this show was sentimental and bittersweet for most.

West Ranch Orchestra was the first on the stage and they started their set with a lively, suspenseful song, “ Phantom of the Opera”. The presence of powerful bass instruments combined with the elegance of the violin made the opener unforgettable. The instruments spoke to each other, sometimes using sweet, calm tones toward each other, and at other times it seemed as if they were arguing with each other. However, the orchestra executed this piece beautifully and the audience was left astonished. At the end of the set Orchestra instructor Jason Marshall had all the seniors stand to take their final bow.

After more exhilarating performances from orchestra, WR Chamber Orchestra marched onto the stage. The highlight of their performance was “Rey’s Theme Song” and “March of the Resistance” both from the newest installment of the Star Wars series “Star Wars: The Force Awakens.” These pieces were fun for everyone and  played to perfection. The audience was able to experience an “in movie feeling” because those pieces were played with emotion and perfection. After these two songs, the seniors took a breath, recognizing that this moment was their last on stage, and took a bow. .

After orchestra had finished, concert band set the stage. Normally students see concert band dressed in navy and gold uniforms, marching onto the field during halftime to put on an excellent show. But this time, they were dressed in sophisticated black dresses and tuxedos. The band members started the section with a strong, energetic piece called “Pulse.” This song was composed with the idea of replicating the human heart beat. Nonetheless, concert band did not disappoint. Drums and chimes added a new element to the piece by providing a powerful, steady beat that was exactly the same as a heartbeat. Sadly, for concert band, the students had to say farewell to numerous leaving seniors. Applause filled with happiness and tears of sadness filled the room as these seniors performed for the last time.

Lastly, Wind Ensemble took the stage. As a final prank on Mr. Marshall, all the seniors managed to bring sombreros with them onto the stage to perform “Seis Manuel,” a piece inspired by a dance originating from a form of dance in Puerto Rico. The seniors put on their sombreros, and played their instruments to the beat. They were dancing while playing and the liveliness of the performance left the audience speechless. The seniors took a bow,  but this time trying not to tip over their sombreros.

Overall, it was an emotional concert for many. The West Ranch Band and Orchestra seniors will be missed by all. 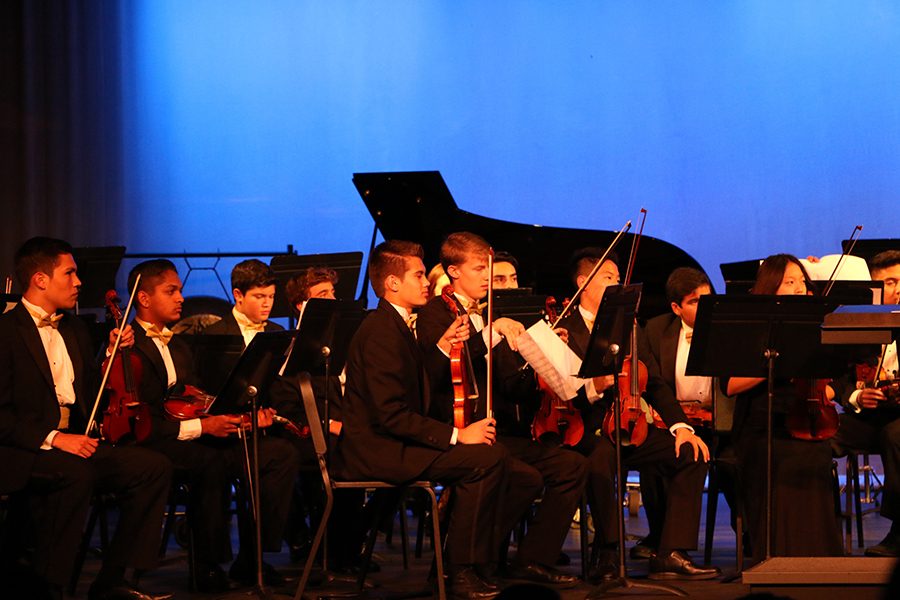