Stardust and Prequels: Peter and the Starcatcher 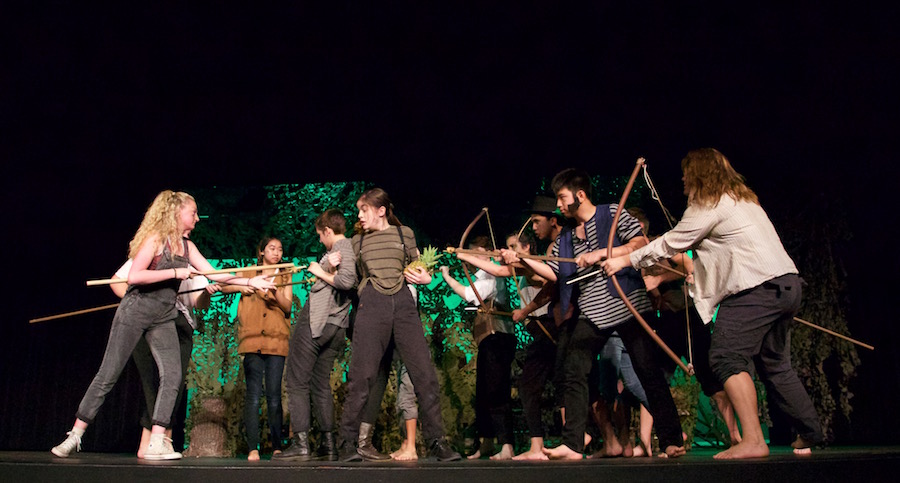 Everyone knows the quintessential British story of “Peter Pan.” Peter steals Wendy and her two brothers off to the magical Island of Neverland where he rules over the Lost Boys as they fight Captain Hook and go on adventures, all the while never growing up. The story, for the most part, has a clean ending but the beginning leaves some questions of origin. How did Peter Pan get to Neverland and how is he not just a baby if he never grows up? Why were Wendy and her brothers chosen for the adventure? Where does the magical stardust come from, and how did the boys get onto the island in the first place? 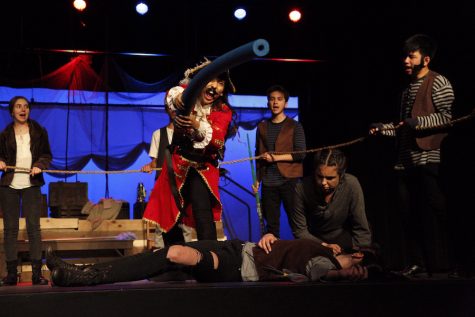 All of these questions are answered in “Peter and the Starcatcher,” a broadway play that made its way onto the West Ranch stage from May 4 to 6. It describes what comes before the famous story. 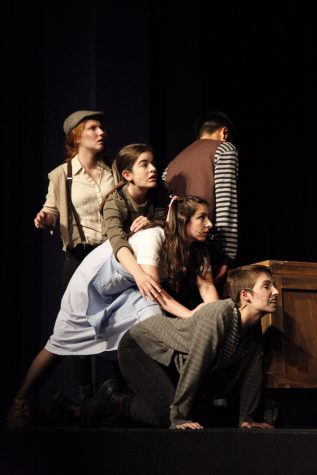 Photo by Skijler Hutson
As the curtains open, Lord Aster and his daughter Molly stand at seaport bidding each other farewell. They are both starcatchers: people endowed to protect magical stardust, but Molly is still only in training. As her final task, she is to transport a trunk on the Neverland, while her father departs on another ship, the Wasp, with an exactly identical trunk. One of the trunks hold magical stardust while the other contains only sand.

Unfortunately, Lord Aster’s ship is captured by the pirate Black Stache, but it turns out he only has the trunk with sand. At not finding his treasure, Black Stache redirects the Wasp towards the Neverland. There, Molly meets three orphan boys who she befriends. One boy in particular catches her eye, but he doesn’t have a name for her to call him by.

We later come to know this boy as Peter Pan, played by senior Eva Schroeder. Although playing the main protagonist in any production is difficult, Eva found a way to make sure she was prepared.

As for the antagonist, Black Stache received just as worthy an actress to play him. Senior Gloria Zavala was by far the highlight of the show; she made the audience laugh. The way she twisted her fake mustache as she delivered a joke’s punchline, how she reenacted the amputation of Black Stache’s hand — it had the audience bawling with laughter. 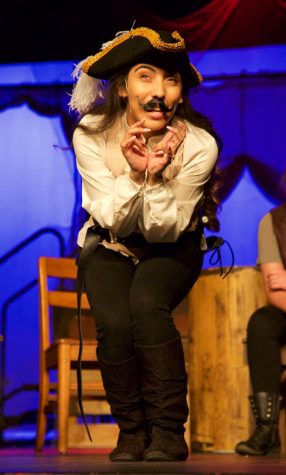 But even with her comedic abilities, she had no easy role. We all know Captain Hook, but she had the task of bringing his past identity to life, one that we are not so familiar with.

“I first looked up the original actor who played him [Black Stache] on broadway, Christian Borle. He was a big inspiration. Then I started working on my accent. I tried different things, but when I got the accent, that is what helped make me embody Stache.”

So with her accent perfected, Gloria starts off Act II boarding the Neverland to fight the captain. The sprawl is cut short as the ship splits in two due to a hurricane. Molly and the boys are thrown overboard and escape onto a mysterious island where they are captured by violent natives. Towards the end of their journey, Black Stache finally captures the trunk only to find it empty as all the stardust has dissolved into the sea water. At this sight, Black Stache slams the trunk shut in anger but accidently cuts off his hand in the process; no doubt becoming who we know as Captain Hook.

As the English prepare to leave the island, they realize they can not bring Peter with them as he has soaked in the stardust while in the ocean. Although Peter and Molly are sad to leave each other, they depart with a kiss. Finally, Lord Aster leaves Peter a companion, a fairy we know to be Tinkerbell.

So now the story is set up to pick up with “Peter Pan.” The theater department helped make this fantastical world much more real and let the audience entertain their childhood wonders for a night. 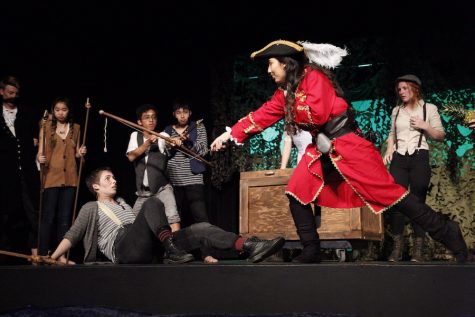