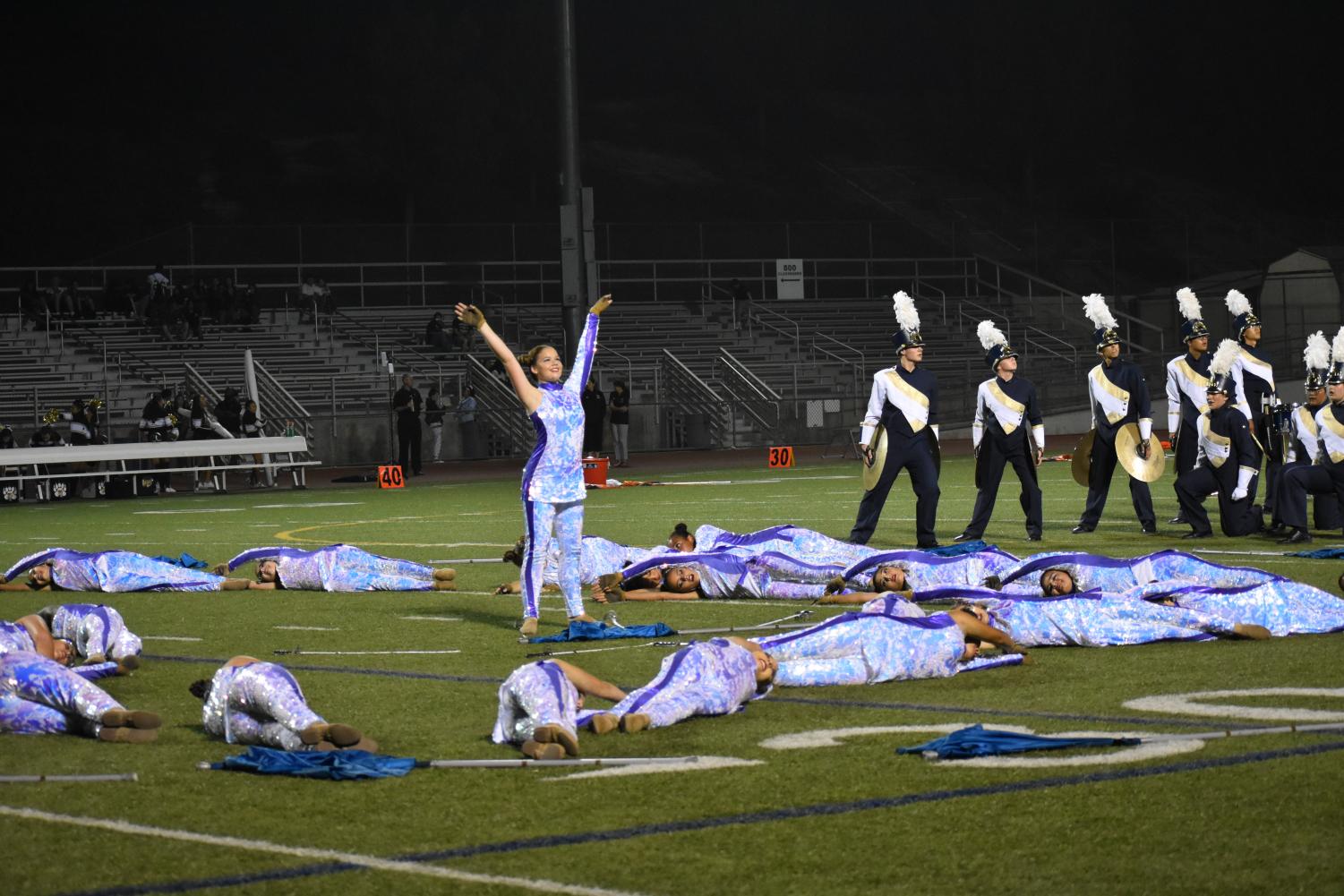 Fly Me to the Moon

Once upon a time, there was a school called West Ranch, and West Ranch had a marching band. But you see, that band was no ordinary band; this band won numerous titles, was a five-time finalist in SCSBOA and is one of the many jewels of West Ranch.

Everywhere you go at West Ranch, you can see West Ranch marching band. And every time West Ranch marching band performed, their notes were played with accurate precision, the color guard perfectly synchronized their flags, sabre and mock rifles, and the percussion supported all of them with their perfect rhythm. But while doing these, the students had to make this look natural with a smile.

Year after year, West Ranch marching band blows everyone away with their shows. This year, they brought everyone’s fairytale dream to life: going to the moon with their show “Celestial.”

The marching band had already shown a few movements of their show before at the previous home football game halftime show, but this time, they displayed the whole entire show. The space-themed show caught the eyes of people that had never seen the show before, and everyone was quiet, eagerly waiting for the band’s performance.

Space is a magical place that everyone always dreams and wonders about. And so is West Ranch marching band.

Sanli Tyndall said, “We worked so hard for this show, and I’m so excited for everyone to see it.”

The band started out with playing the first two movements, the opener, which was a combination of “Mars” and “Jupiter,” from the Holst suite, “The Planets,” and “Ballad to the Moon,” and ended with the band and cologuard lying on the ground in the word “Luna,” circling Lucas Davis and Sean Webster that signaled the start of their closure. They performed a stunning duet that caught the audience’s eyes and ears.

James Bentley said, “This is my favorite part of the show: the ballad’s gentle transition of the Luna set into the exuberant closure which forms the shape of a shining star, then a trail of light hinged onto its comet.”

The show didn’t conclude without the band giving an ending that defines West Ranch marching band. The color guard brought out their blue, glittery flags and danced around the band who performed their intense visuals with notes that shined brightly on the football field.

The band started with a song most people have heard: “Rewrite the Stars” from “The Greatest Showman.” The crowd was excited they and they were all soon singing and dancing along to it. The band performed “Rewrite the Stars” in such a clever and entertaining way even Zendaya and Zac Efron would’ve been proud of. As the band was blasting out their music, it slowly dwindled as they transitioned into a version of “When You Wish Upon a Star” from Disney’s “Pinocchio,” signaling the show was ending.

With their first competition occuring that following Saturday, the band had to make sure this performance was a shining star everyone will always remember, and it certainly was.

The drill and visuals were done in such a clever way that added so much more to the show. When talking to some band members, many said the drill was one of the hardest parts of the show.

Elizabeth Banescu, a color guard member, said “there are many times that if someone is slightly off in their drill, it can mess up the whole show. We spin very close, so we have to be perfect to make sure no one gets hurt.”

Year after year, West Ranch marching band blows everyone away with their show, and on Sept. 28, they were able to even able to bring everyone’s star-studded fairytale dream to life.

And everyone lived happily ever after. 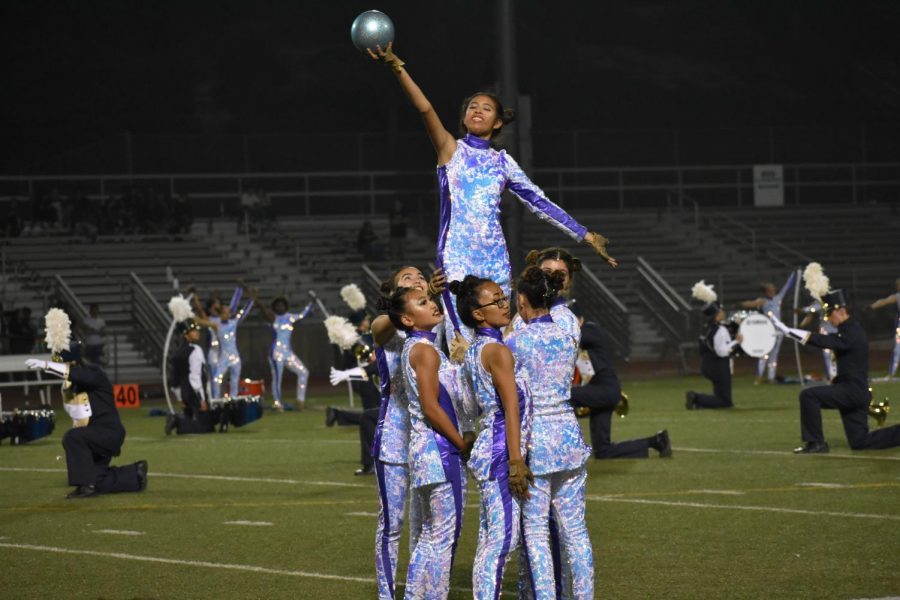