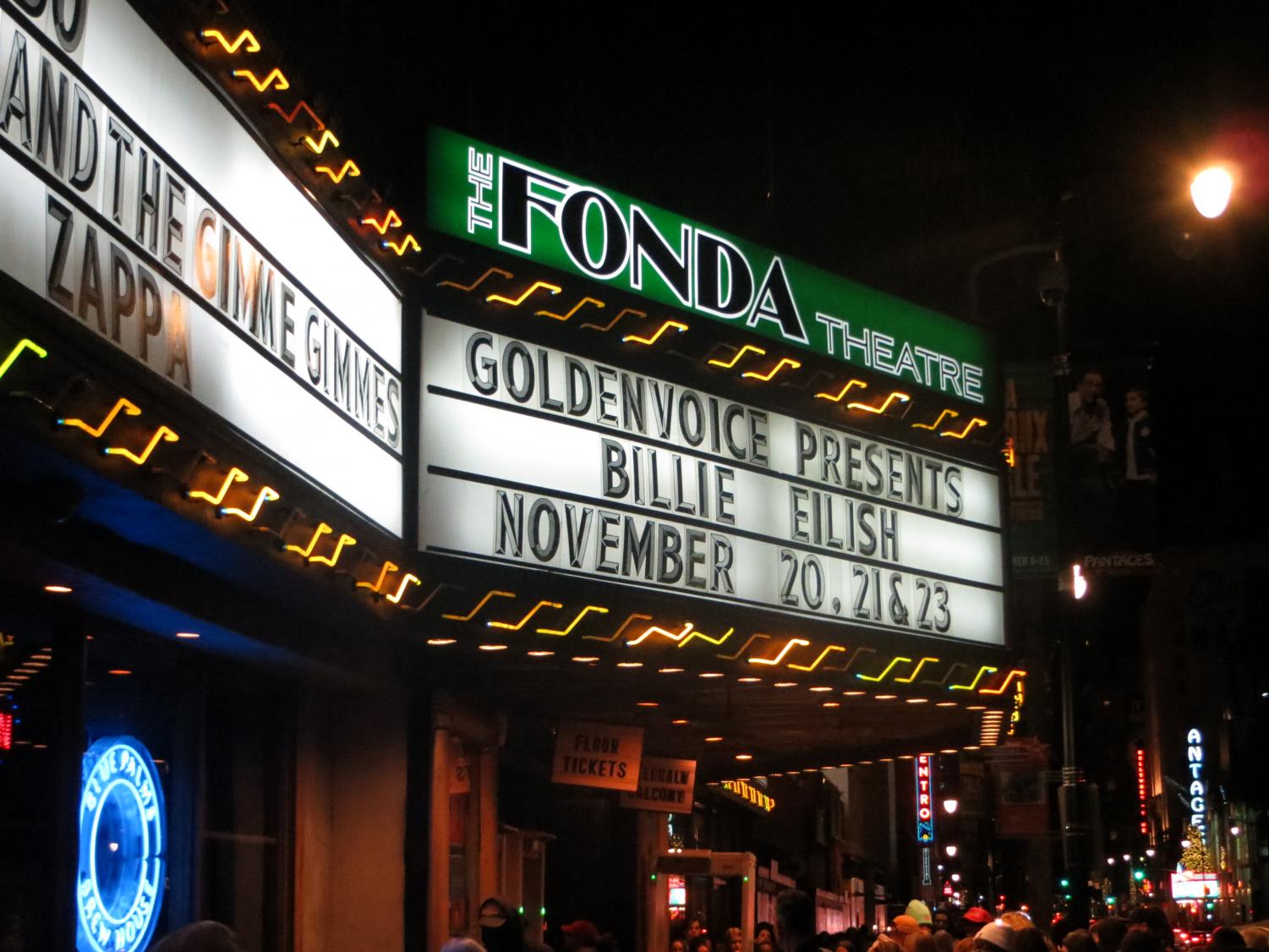 Billie Eilish at The Fonda

On Nov. 23, the Fonda Theater started its nightlife at 6:30 p.m, and there were already two blocks worth of people wrapping around the streets of Hollywood. People in neon green “Where’s my mind?” shirts and bucket hats, baggy, oversized clothes and combat boots anticipatedly wait for hours until doors opened at 7:30 p.m, where they will finally see the person they waited hours for: Billie Eilish.

It was the last concert of the Billie Eilish 1 by 1 Tour, and the theater was packed to the limit with overly excited teens to bored adults. Famous Youtubers like the Bell Twins and Tana Mongeau came out in support for their good friend Billie.

The opening act was Billie’s songwriter and older brother, Finneus. He managed to steal every girl’s heart as he sang a couple of his new songs like “Break my Heart Again,” and his old songs like  “New Girl.”

Finneus certainly set the bar high for the show, and when he finished, new fans wanted more of his husky voice. After Finneus’ act, the second opening act appeared on stage: Childish Major. Two brothers that originated from Atlanta, Ga. came out on stage and set the crowd pumping with adrenaline with their high energy rap songs.

Despite the crowd being exhausted from all the jumping and dancing from Childish Major, everyone held it together for Billie Eilish.

Thirty minutes after the audience being squashed like sardines in the crowd, curtains finally opened, revealing a set designed to look like a spider — a reference to one of Billie’s iconic videos where a spider is crawling out of her mouth

Finnues and Andrew started with a guitar-drum duet, and with some dramatic lights and smoke effect, Billie jumped out of nowhere, where she sang and jammed out to “My Boy.”

Sporting a matching set of her newest merch, Billie went wild on stage with her hair flying everywhere, and fans started screaming, phones in hand as they intended to record every moment so they will never miss a second of their idol in the same room as them.

Throughout the concert, Billie played almost all her songs from her album “Don’t Smile at Me,” her popular singles like,”Ocean Eyes,” and covers like “Hotline Bling.”

Eilish originated  from Highland Park, Los Angeles, from a family of musicians and actors. Finneus initially wrote “Ocean Eyes” for his band, but in 2015, Eilish recorded the song, and it went viral. Ever since her debut single, Eilish has been dominating the music world and in Sept. 2017, Apple Music named Billie Eilish as its newest Up Next artist, a month later after her EP, “Don’t Smile at Me,” was released.

At 10:00 p.m., the concert was dying down, but the fans wanted the moment to last forever. Billie began to sing her last song of the night, “Copycat.” Over 200 people had been crammed in one room for about three hours now, but despite the heat and sweat for those three hours, everyone felt connected with Billie’s indie pop songs the that perfectly blends the bass line and her soothing voice to perfectly create a melody that made her music a “moody” aesthetic that fans enjoyed.

If you haven’t heard of Billie Eilish, make sure you check out her songs. If you are a fan, keep your eyes peeled for future songs. 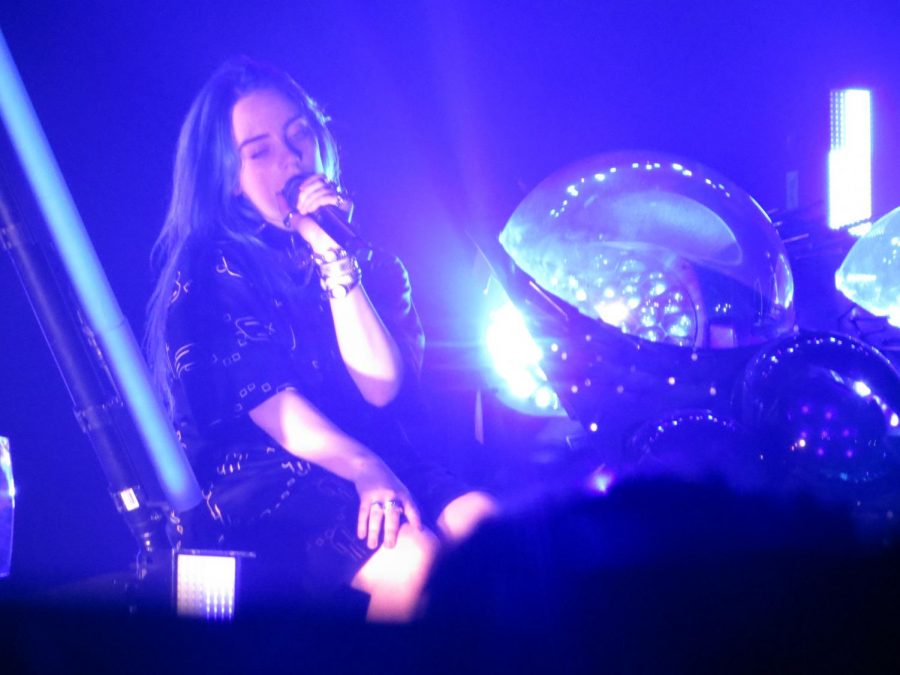