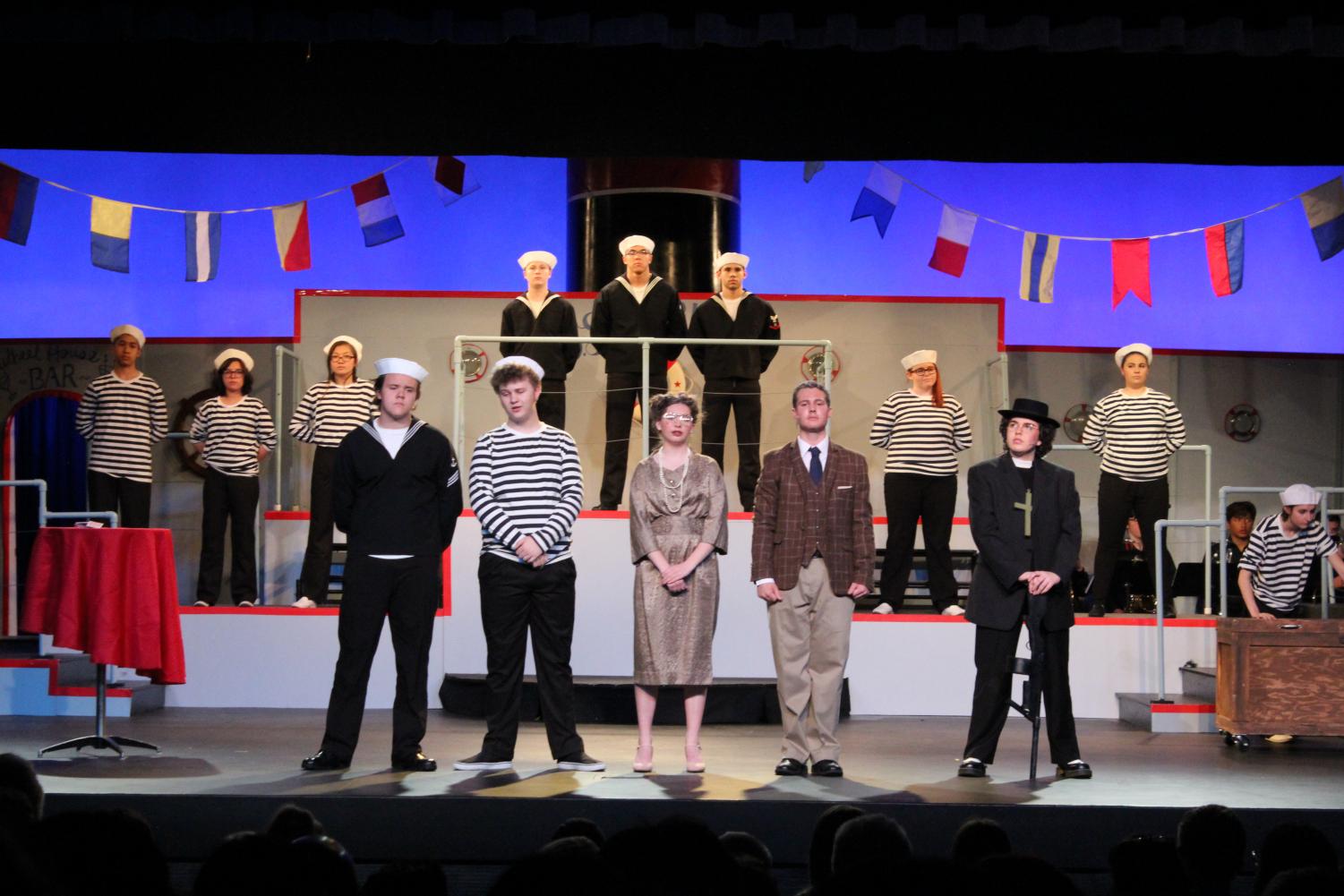 7 p.m., West Ranch Theatre — Stage lights dimmed, the chattering audience hushed, and the sweet, slow voice of a lone saxophone rang out before quickly being joined by the rest of the brass section. Amidst the mellow, sauntering soundscape of coffee shop jazz, the curtains rose and the spotlights centered on Connor Davis: “You sure Crocker hasn’t called?” he exclaimed,  “He was supposed to meet me here an hour ago!”

Although the play includes numerous characters, the story follows Billy Crocker as he sneaks onto the ship with hopes of convincing Harcourt to leave her fiancé. The quick-moving pace of the play along with the fun songs and dances between acts make the two hours feel like much less.

The humorous, lighthearted nature of this play allowed students to try out new roles that they hadn’t explored before.

“It’s so much fun because there are a lot of different roles and fun roles that kind of push us to become really funny and just try things out without being worried or embarrassed,” said senior Ella Kriegel.

While the West Ranch Theatre program works hard on every play, this production was especially strenuous. It was choreographed entirely by students led by Ella Kriegel, the costumes were all made by senior Ayden McKenzie, and the music was live, played by the jazz band. All of this combined took hours and hours of practice in order to refine.

“My favorite memory is definitely all of the times we’ve had to stay after school until 5:30, 6:00, or 7:00,” said senior Lauren Franco, “We just would be totally hammering, like perfecting, the show just making sure it’s perfect, and we made a lot of memories just hanging out after school, eating whatever was in the cafeteria.”

But for many of the seniors, the fact that this was their last show pushed them to do their best.

“As a senior, it’s our last show so we really wanted to make it special, and we worked really hard on the set and making sure that the jazz band was in the show and amping it up everytime just better and better,” continued Franco.

As the seniors move on to graduate, many of them will take the precious memories they’ve created with the West Ranch Theatre program.

“I met all of best friends in theatre, so they’re everything I’m gonna take from it,” said Ella Kriegel.