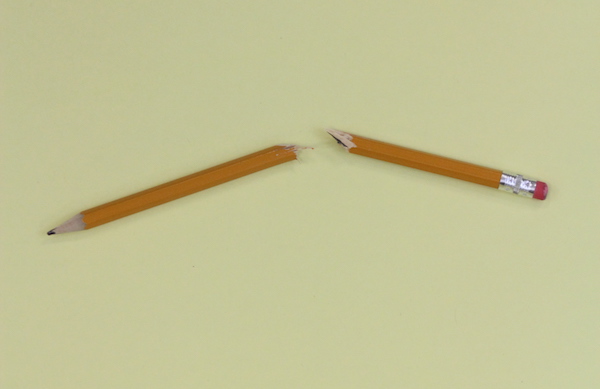 I step into my first day of Journalism class. It is junior year, and I am late to the writing game, but still I’m here. I’ve got a shiny, new notebook in one hand and a ballpoint in the other. Here, I am going to be a real writer. The kind of writer who says what needs to be heard — who writes about politics and social issues and sexism and racism and flawed institutions.

The teacher tells us that our writing means something. That our voices need to be heard. That our words are important. She pats us on the back and sends us to the computers.

I get a gold star.

Then, I see my fellow journalists write about the not-so-pretty things at West Ranch High School. They observe, and they reveal. They write with a freedom which they believe they have. They write what needs to be heard.

They both get called to the principal’s office. Their words are taken down. They are censored.

High school is the first real taste of freedom that a student feels; its endless hallways hold promises of parties and late nights, football games and 4 a.m. drives. This treat, sugar-coated and shiny, is artificially sweetened with smoke and mirrors. There is a false freedom that comes when you enter those gates.

It is the encouraging posters that hang on pasty white walls.

It is the administration, saying to write what needs to be heard, but only when they agree. Only when West Ranch is depicted as a shining beacon of beauty.

It is all which glimmers with an idealistic promise of autonomy, cradled in a contradiction. 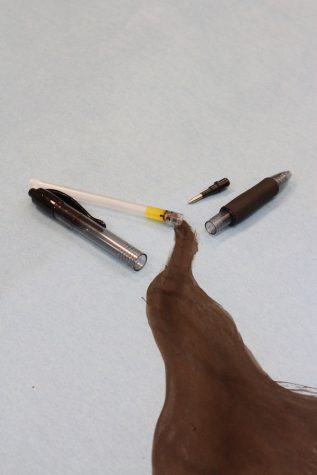 Skijler Hutson’s story on the rivalry between West Ranch and Golden Valley was pulled from publication by administration in the Fall of 2017. Mina Jang’s critique of the Associated Student Body was asked to be taken off The Paw Print’s website in the Spring of 2018. Sophia Kriegel’s light-hearted satire on restroom vaping was deemed an inappropriate subject for publication.

We believe that such prohibitions have not been enacted on terms of irresponsible reporting, but rather because the content of the articles was found to be distasteful or controversial by administration.

None of the articles were meant to cause harm or be outrightly rebellious. They simply were meant to start a conversation, and hopefully effect some change. That is the point of all investigative articles. The articles are opinion pieces. As long as the content of the article is true and doesn’t pose a clear and imminent threat, opinion writers are free to write whatever they choose.

After the first incident, we thought about the nature of the content we were writing and what might have triggered the censorship, but after the third instance, we began to ask ourselves if the administration even had the right to censor us. That is an interesting question, and it took some digging to figure out.

The landmark court case Tinker v. Des Moines (1969) is familiar to many. After students were suspended for wearing black armbands to school in protest of the Vietnam war, the Supreme Court ruled that students and teachers do not “shed their constitutional rights to freedom of speech or expression at the schoolhouse gate.” This case has protected student journalists for the better part of 20 years, but its overarching protection of students was challenged in 1988.

Hazelwood School District v. Kuhlmeier was brought to the Supreme Court in 1988 after the principal of Hazelwood East High School censored a special edition of the school newspaper covering divorce and teen pregnancy. The court decided that “educators do not offend the First Amendment by exercising editorial control over the style and content of student speech in school-sponsored expressive activities so long as their actions are reasonably related to legitimate pedagogical concerns.”

Hazelwood v. Kuhlmeier felt like a dead end, but then we thought to check California state laws. In 1977,  California passed Education Code 48907, which states that “pupils of the public schools, including charter schools, shall have the right to exercise freedom of speech and of the press including […] the right of expression in official publications, whether or not the publications or other means of expression are supported financially by the school or by use of school facilities.”

In short, school administration cannot censor The Paw Print, unless what is printed is obscene, libelous, slanderous or incites violence. What we wrote was not. 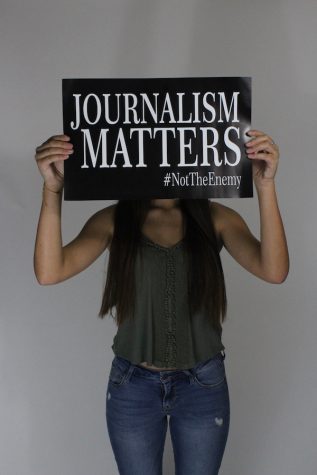 Excluding works that are outrightly obscene, libelous, slanderous or incite violence, the administration does not have the right to censor The Paw Print. But the whole situation has brought up questions far beyond a few articles. Say, hypothetically, the administration could indeed legally censor the school’s newspaper, as they can in most states. Then what? The students would have virtually no way of appealing, stuck in a loop of censorship and demoralization.

The point of this all is not so that a few high school articles can be published. If the administration had let The Paw Print publish them in the first place, the controversy would have probably passed within a week. The question instead becomes a moral one — one that directly relates to the state of free speech in America and how we teach kids to exercise their First Amendment right.

In America, at large, the free press is under attack. Since the last presidential election, the press’ reputation has been called into question at every turn. In July at the VFW National Convention, the President even said, “Stick with us. Don’t believe the crap you see from these people, the fake news. What you’re seeing and what you’re reading is not what’s happening.”

We understand that sometimes it can be hard to trust what you are reading. There are so many opposing views and opinions being thrown around that it can feel like all information sources are the enemy. But that is by no means a warrant to discount the press altogether. Most established newspapers, including The Paw Print, now more than ever make it a point to uphold the highest of journalistic standards.

Free speech and consequently, a free press, is a cornerstone of American democracy. If a populace is denied such rights, then they become an intellectually repressed society, incapable of progress. We do not ask for these rights for the sake of our own persons; we ask for them because we recognize their importance in the larger scheme of American politics, and how they are currently in jeopardy.

The Paw Print is an extension of the student body. As students ourselves, we know what issues ebb and flow through the halls of this campus. When we write opinion pieces about these problems, it often means we have seen the problem permeate through many facets of life at school, most of the time in areas that administrators and staff are blind to. When we are censored, we are effectively being told that we are not to be taken seriously as a resource of correspondence between administrators and the student body.

Furthermore, we have to consider what exactly is communicated to our youth when they are censored. Since elementary school, the First Amendment of our Constitution has been repeated to us over and over again. Growing up, we are told that the right to free speech is guaranteed to us. In our social science classes we learn what our rights are, in our English classes we are taught the rhetoric to defend those rights, and in every classroom we are reminded of those rights by an American flag hanging on the wall and a pledge of allegiance.

Not only is censorship of The Paw Print against Education Code — it fundamentally counters all that our education system has taught us since the first grade. Students are taught neat lessons about free and open discourse which often hold true within the walls of a classroom. But, when removed from this curated reality and placed in the real world, these teachings fall apart, even and especially under the watchful eye of the very people who taught them.

This contradiction ultimately results in confusion within the student and a hesitation to share their true opinions or beliefs. This is how you break a society. Censorship is not a concentrated issue — its national reach has had an impact on a multitude of schools and students alike.

On Feb. 1, 2018, at Herriman High in Utah, two students investigated the removal of a teacher. After publishing an article with their findings, the school’s administration almost immediately removed it from the website. On March 2, 2018, in Pennsylvania at Elizabethtown Area High School, students published a quote from a teacher about homosexuality and Darwinism. The principal attempted to censor these words as well, even go as far as to threaten the removal of the publication program all together. On April 5, 2015, Fauquier High School in Virginia suffered from censorship when a student journalist wrote a piece on a new drug trend that she saw sweeping her school. Although it was written to inform and protect students from the harms on the new fad, the principal deemed it “too mature” and censored her words.

The idea that students’ words are malleable and subject to the ideas of those with authority over them plagues school papers across the country. Not only do we recognize that this issue is present in our school, but we would also like to bring attention to the rampant censorship that occurs in schools everywhere and across the United States.

We ask that our paper may no longer be censored, and we promise that we shall not publish anything obscene, libelous, or slanderous as prohibited by California Education Code.

We ask for the liberty to better the community through productive discourse and free speech.

Most importantly, we ask for your trust, so that we may continue to uphold the highest of journalistic standards. 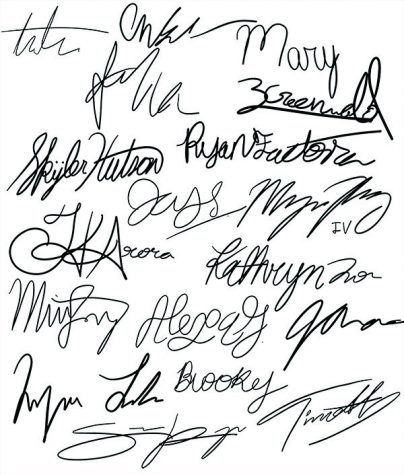