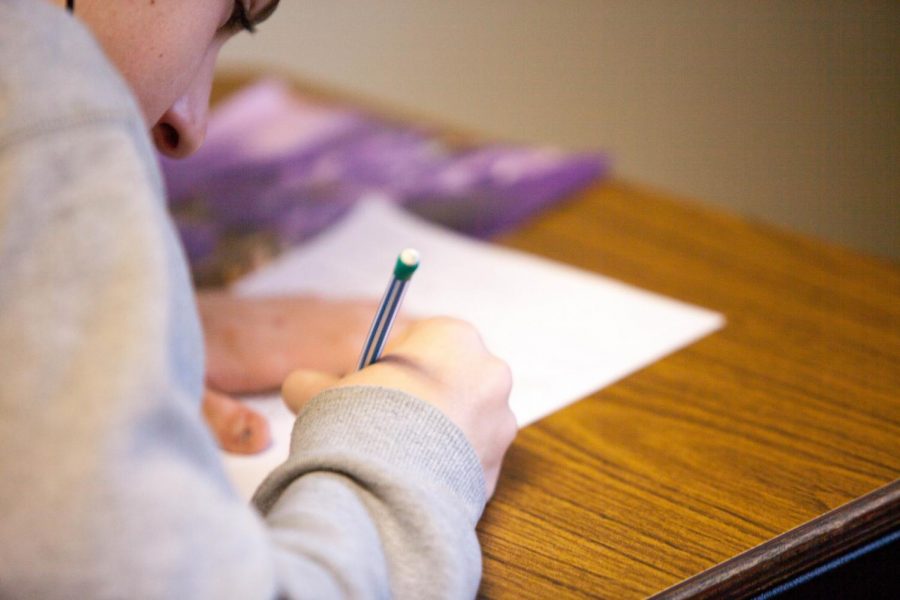 Throughout any given school year, many students find themselves overloaded with standardized testing, often to the point where they cannot enjoy whatever holiday or event that is nearby. This stress and time spent studying can easily overwhelm a student and take a toll on their mental health. 30 percent of college students report that they face prolonged periods of depression, according to an article published by Collegiate Times.

Beyond school, students are testing around 112 times between kindergarten and senior year. These tests include anything ranging from the ACT to CAASPP testing. While these standardized tests do serve a purpose in helping colleges gauge the preparedness of different students applying, what many don’t realize are the detrimental effects overtesting has on the mental health of students across America.

One main issue that overtesting has on high school students today is the way that test scores and numerical values degrade a student’s self worth. Grades and test scores are constantly placed on a pedestal in households around the US, and students are taught from a young age that, in order to be successful, they have to get all A’s. This causes them to seek value in their performance on tests, and one bad score may send a student down a spiral of degraded self confidence. An added consequence of this is that, because students are so absorbed in only learning what they need to in order to pass a test, they fail to learn other life skills that are important as well. For many students, school is no longer about actually learning and enriching, it is about knowing just enough to spit back out and get an A on the exam.

On a more day-to-day scale, students are often plagued with test anxiety in the moments leading up to an exam. The overwhelming stress of absorbing all the content in addition to being able to recall everything from class leads to anxiety, panic, and even meltdowns, as stated by Healthline. Healthline has also stated that “text anxiety can affect anywhere between 10 to 40 percent of all students. That percentage has seemed to increase alongside the increase in standardized testing,” further showing correlation in standardized testing and test anxiety. This can be caused by the fear of failing or from a poor testing history. Test anxiety impairs the student and prevents them from performing to their full capabilities. As this stress continues throughout the school year, a student’s brain development and mental health can be significantly compromised. Thus, test anxiety not only negatively affects the scores that students receive, but it also has a long-term effect on their mental health.

While these statistics are frightening, there is still hope for many high school students whose mental health has been affected by overtesting. Many universities have begun to gear away from requiring standardized testing on college applications. The University of Chicago and NYU are two top-tier universities that have test-optional applications. This means that future students have the chance to get into their desired schools without feeling the pressure of submitting standardized scores, alleviating the toll that overtesting has placed on the mental health. Less pressure on testing means students can now have the opportunity to spend more time doing the things important to them.