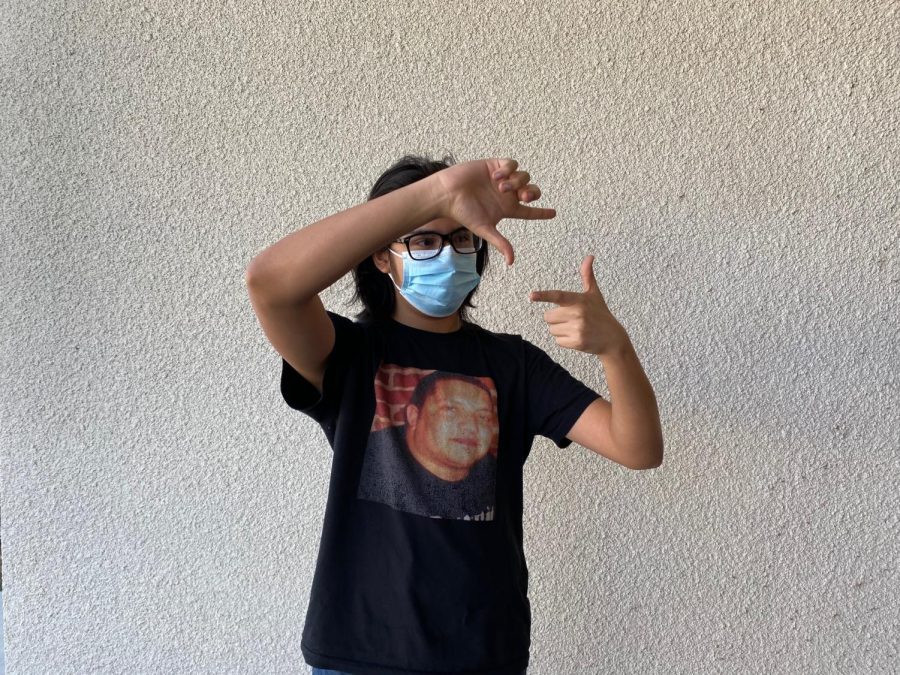 Many famous filmmakers make their directorial debut in their adult years. Steven Spielberg’s was at 28. Martin Scorcese’s was 25. For West Ranch senior Daniel De La Torre, that age is 17.

De La Torre has always had a passion for movies. He has fond memories of watching movies like “Iron Man,” “Forrest Gump” and “Back to the Future” with his family at a young age, but he didn’t always know he wanted to create films. The idea first came to him last year when he was watching the Quentin Tarantino film “Jackie Brown.” After feeling the magic of movie-making during the scene where Jackie Brown meets the bail bondsman for the first time, he felt a burst of inspiration to write.

“It started in the library,” explained De La Torre. “I was trying to brainstorm. I had the feeling a lot of filmmakers do—when they have a scene in their mind and they can’t shy away from it. So I started writing about it and just went with the flow. I could do whatever I wanted and it was like jazz.”

With no film making experience whatsoever, he consistently wrote screenplays for months until the idea for his upcoming project “In My Room” was born, inspired by the story and style of movies such as “Baby Driver” and “La La Land.”

“The short film is about this girl who’s deeply in love with this boy. The whole thing is set in her room. This guy doesn’t share the same feelings as her so she has a mental breakdown. I wanted the lesson to be not to put yourself in your room your whole life, but rather to get out and experience the world,” said De La Torre.

Shortly after his first draft, he found a team of people in no time, all who are students here at West Ranch: Suhwan Cho, the lead actress; Eli Wamsteker, the cinematographer and editor; and Andy Ortega, the supporting actor.

His biggest directing inspirations are Wes Anderson and Stanley Kubrick, “especially with Stanley Kubrick’s style of directing and how he uses the actors to bring out the characters. I tried to do that with my actor and tried to include a lot of her thoughts and emotions into the character,” explained De La Torre.

As “In My Room” was De La Torre’s first film project, there were many challenges in navigating being a first-time director. De La Torre expressed his difficulty with directing the scenes he wanted and filming within the short two-day window the crew was available.

“A lot of the scenes that I didn’t like, I was afraid to say ‘no’ or voice my opinion, so I just said ‘it’s ok’ to everything. On the second day, I felt a lot more prepared and confident. It turned out to be okay at the end.”

Though filming was something new for De La Torre, writing the script itself was something he described as his favorite memory from creating his short film.

“I was always very excited to film it, but I realized coming up with the story was a lot more fun because when I write a story, I realized that I try to shy [away from] all the restrictions and just try to make a story. Then once I got to the filming, that’s when the restrictions came in and I was all upset about the things that I couldn’t add.”

As De La Torre wraps up his very first directing project, he sets his sights on hopes in the future with his career in film as he has more upcoming projects to direct. With both a short term and long term goal in mind, he outlines where he wants to go in the future.

“The short term is to finish editing this film and show it in a festival so that people can also see. Long term would be to become a director and write my own films rather than directing other peoples films. I want to be in that business because it’s something I very much love and I’m passionate about.”

Though “In My Room” is still currently in the editing process, Cats, make sure to watch out for an official release date and support a local rising artist here at West Ranch! 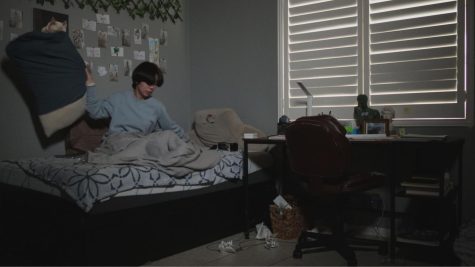 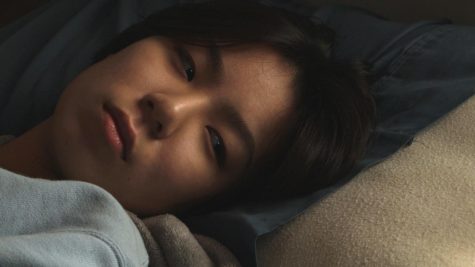 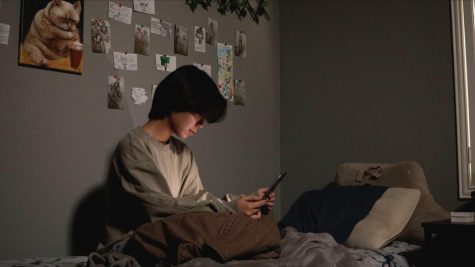 Stills from “In My Room”